Al-Bab being rebuilt after liberation from IS 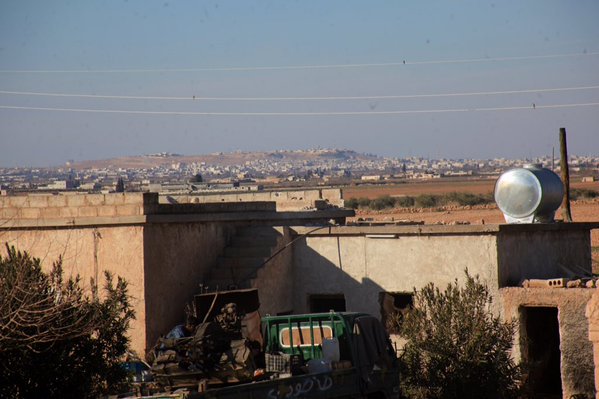 The residents of Syria's northern city of al-Bab, which has been recently liberated from the Daesh terror organization by the Turkey-backed Free Syrian Army (FSA), have been busy bringing the town back to its former state since local residents began returning to the city in mid-February.

Axar.az reports that the city's population, which fell to nearly 20,000 under Daesh control, has risen to around 80,000. The city of al-Bab resembles a massive construction site.

Among those who have returned is Sherif Konli, who lost two relatives in the fight against Daesh.

Speaking to the Anadolu Agency, Konli said, "We are rebuilding our homes. I hope al-Bab will see better days and we will live a more peaceful and free life."

Another resident, who has nearly completed the reconstruction of his home after it was destroyed under Daesh control, Ahmed Bushi said that he and his family are staying at a neighbor's house until construction work is completed on his home.

Daesh terrorists seized most of their furniture and goods and, according to Bushi, his home was previously destroyed in an aerial attack.

"My only consolation is that we are still alive; property can be built again," Bushi said.

"Al-Bab will see its old days again," he said, expressing his gratitude for the FSA which also helped civilians fix the city's infrastructure after the terrorists were driven out.