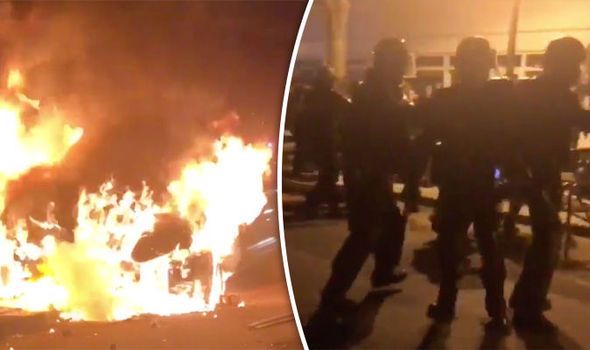 It’s not often we end up going to the People’s Daily for news from Europe, but news about a violent clash between police and hundreds from the Chinese community in Paris is proving difficult to find.

The Twitter feed for AFP — Agence France Presse — doesn’t seem to mention rioting at all, but does include a story about New York’s “Fearless Girl” statue staying put and another about early humans benefiting from eating fruit.

Rioting broke out in the city the day after Shaoyo Liu, 56, a Chinese national, was killed by police who were called to a home Sunday over a domestic incident. Media reports claimed that police were attacked by “an assailant with scissors” when they responded to the call.

By Monday night, at least 100 protesters had gathered outside a police station. Reports say rioters threw flaming projectiles at police, who responded with batons and tear gas.