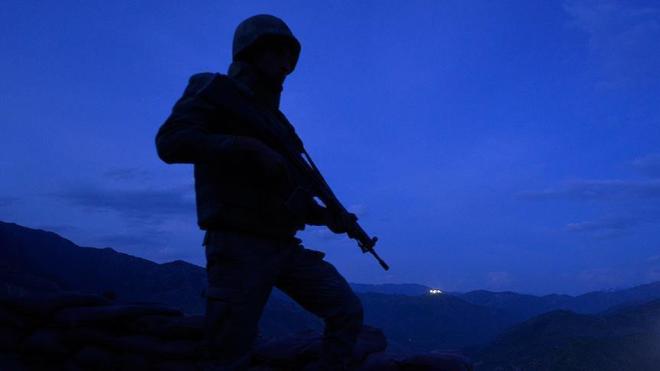 Two PKK terrorists have been killed in an operation in the eastern province of Van, a security source said Thursday.

Anti-terror police on Thursday raided a house in Salihiye neighbourhood where the terrorists were allegedly preparing for a terrorist attack, according to the source, who spoke on condition of anonymity due to restrictions on talking to the media.

The terrorists were killed in a gunfight with the police, after defying police orders to surrender and opening fire on them, the source added.