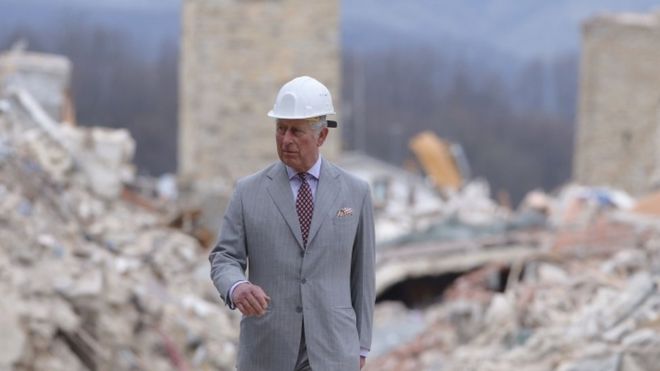 The Prince of Wales has visited an Italian town where more than 200 people died after a devastating earthquake.

Axar.az reports that he toured the old town of Amatrice with mayor Sergio Pirozzi, who said after the disaster: "The town isn't here any more." Prince Charles will also visit a former school which houses emergency services and reconstruction staff and lay a wreath at a memorial in the grounds.

The magnitude-6.2 quake struck on 24 August last year, killing 297 people. Three Britons were among the dead, including 14-year-old Marcos Burnett from London, who was on holiday with his parents and sister.

The Duchess of Cornwall is spending the day in Florence, where she will privately meet survivors of human trafficking and domestic violence.

She has met with volunteers and staff at the Progetto Arcobaleno Association, a non-profit body set up in Florence in 1985 which supports them.

There she will lay flowers at a memorial plaque in honour of Alice Keppel, her great-grandmother and King Edward VII's mistress.