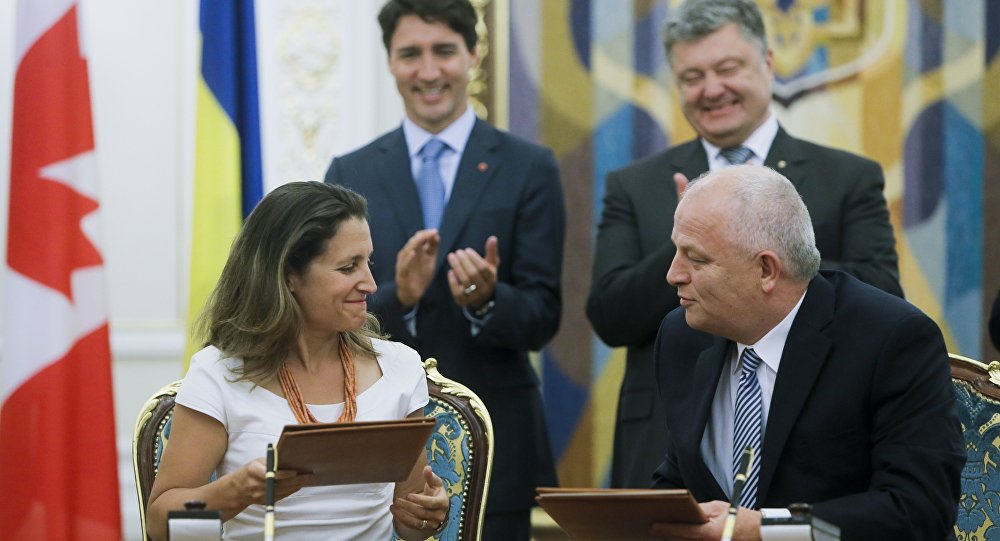 Representatives of Ukraine and Canada signed an agreement to enhance bilateral defense cooperation, according to the statement of the Canadian Ministry of National Defense.

Axar.az reports that authorities of Canada and Ukraine have signed an agreement to enhance bilateral defense cooperation, the Canadian Ministry of National Defense said in a release on Monday.

"This bilateral arrangement further exemplifies Canada’s commitment to Ukraine by identifying areas of mutual cooperation such as defense policy; defense research, development, and production; and military education," the release stated.

The Canadian authorities have also recently extended through March 2019 the country’s training mission in Ukraine, dubbed operation UNIFIER.
"Canada remains fully committed to providing assistance to Ukraine, helping to preserve and protect its sovereignty through Operation UNIFIER, and to supporting the implementation of key reforms," Sajjan said in the release.

During his visit to Canada, Poltorak is also expected to meet members of parliament and senators, and visit Canadian Armed Forces facilities, according to the release.