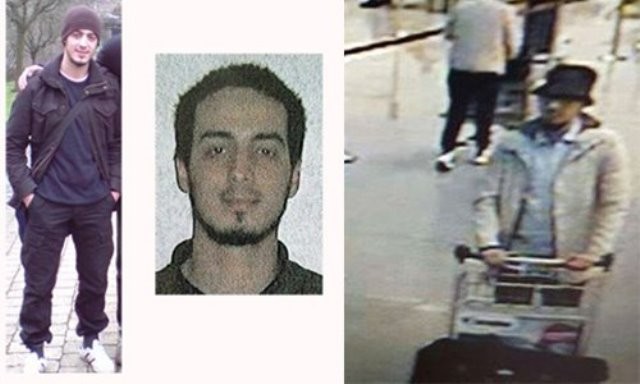 A key suspect in the attacks in Brussels has been arrested, Belgian media say, quoting judicial sources.

Najim Laachraoui, thought to be the man on the right in a CCTV image taken before the Zaventem airport attack, was reportedly held in the Anderlecht area.

Two of the other attackers have been named in Belgian media as the brothers Khalid and Brahim el-Bakraoui.

Twin explosions at the airport and another at a metro station on Tuesday left about 34 dead and 250 wounded.
Belgium is observing three days of national mourning.

So-called Islamic State (IS) has said it was behind the attacks and warned that more would follow.

A minute's silence for the victims will be held at midday (11:00 GMT).

Analysts say Laachraoui is believed to be a key bomb maker, and French media say he also played a major role in the terrorist attacks in Paris in November that left 130 people dead.