Be a man of peace, pope urges Prince Charles 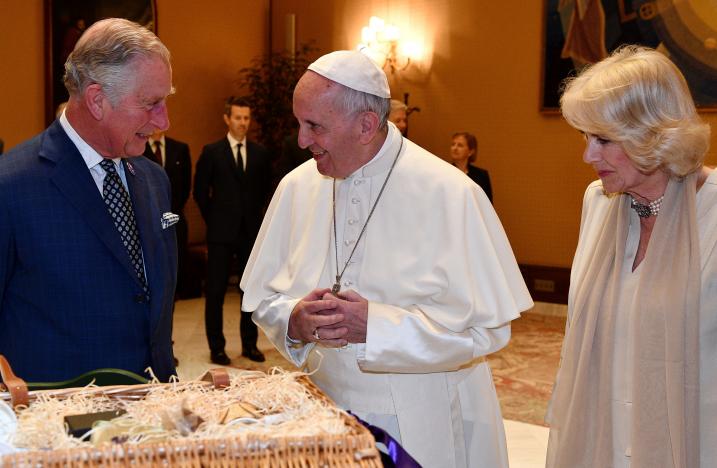 Pope Francis met Britain's Prince Charles on Tuesday at the Vatican, telling him to be a man of peace.

Axar.az reports that the Prince of Wales and his wife the Duchess of Cornwall spoke in private for about 30 minutes with the pope in one of his studies near the Vatican's large audience hall.

"Wherever you go, may you be a man of peace," Francis told Charles during the public part of the audience, in which the three had their pictures taken and exchanged gifts. Francis gave him a small bronze figure of an olive branch.

"I'll do my best," said the heir to the British throne, who is on a tour of Romania, Italy and Austria with his wife.

Charles gave the pope a basket of home-made foods from his Highgrove country estate and indicated that the pope would likely donate it to others, as he usually does.