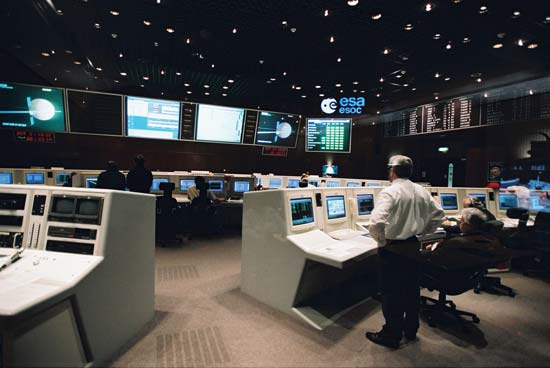 Axar.az reports that Woerner stressed that the current cooperation between ESA and Roscosmos is "very fruitful operation, and trustful."
"We are ready and we are open for all areas of cooperation. We just have to define it, we have to find it," Woerner said. "As we have this intensive interaction with Russia, we will find other areas of interaction but it must be in the interest of both sides."

"I’m looking forward to having some more missions together as I mentioned, for instance, to go to the Moon with Lunar Resurs," he added. "This is an interesting mission and I will be in Russia this summer and I will try also then to discuss more intensively about future projects."

"Right now we are launching, we are cooperating on ExoMars, and then some other areas," he noted. "In several areas, we are cooperating with our Russian colleagues, for instance, also Lunar Resurs. We also will have another launch of a European satellite from Plesetsk in Russia so there are many interactions with Russia. It's a very intensive relationship and it’s a very positive relationship."

When asked about the space data sharing between ESA and Roscosmos, Woerner said that they have a very transparent and fruitful cooperation on that.

"In general terms I’m always looking for global cooperation because I believe humans should cooperate globally," he added. "Of course, intellectual property rights, human rights and all of this stuff is something that we have to consider so there are some countries where we are a little bit more cautious but with Russia we have a very open policy."