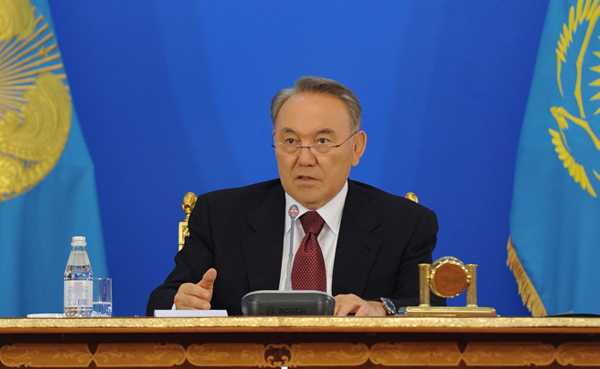 Kazakhstan’s President Nursultan Nazarbayev sent a telegram of sympathy on Monday to his Egyptian counterpart Abdel Fattah Sisi following deadly terror attacks on churches in the cities of Tanta and Alexandria.

"On my own behalf and on behalf of the people of Kazakhstan, I extend my condolences to you as well as to the families and relatives of victims, we share your irretrievable loss. Kazakhstan is ready to undertake joint efforts with Egypt in combating threats of the modern world to ensure security and peace in our countries," Nazarbayev said in the telegram as quoted by his press service.

A powerful explosion, which occurred on Palm Sunday during worship at a church in Tanta, Gharbia province north of Cairo, killed at least 30 and injured about 80 people. Following the attack, two blasts occurred at a church in Alexandria killing at least 18 people, including four police officers, and injuring more than 40 others. Pope Tawadros II, the leader of the Coptic church, was in the Alexandria church at the time of the bombing.

The IS terror group, outlawed in Russia, claimed responsibility for the attacks.