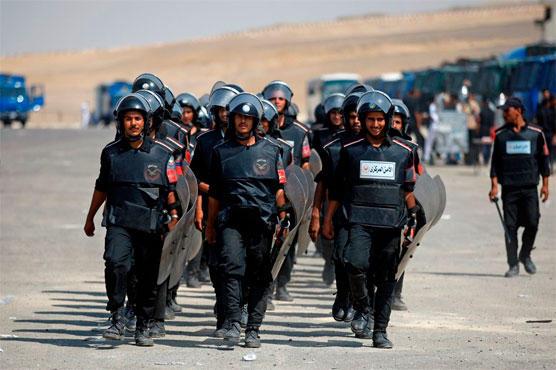 "A group of Daesh sympathisers were hiding in one of Assiut province s mountainous areas", the ministry said in a statement, using an Arabic acronym for IS.

The group was hiding in the southern province "to prepare explosive devices in preparation for carrying out a series of terrorist attacks," the ministry said.

They were killed after a shootout with the police, who found rifles, ammunition, and IS publications in the hideout, it said.

The ministry did not say when the firefight took place.

The announcement follows two attacks on churches in the cities of Tanta and Alexandria on Palm Sunday, which killed 45 people and were claimed by IS.

Monday s statement said security officials were able to identify three of those killed, who were born in Egypt and thought to be planning attacks targeting Christians in Assiut and the neighbouring province of Sohag.

The group was also planning attacks against police and courts, the ministry said.

Copts, who make up about one tenth of Egypt s population of more than 92 million and who celebrate Easter next weekend, have been targeted by several attacks in recent months.

Jihadists and Islamists accuse Copts of supporting the military overthrow of Islamist president Mohamed Morsi in 2013, which ushered in a deadly crackdown on his supporters.

In December, a suicide bombing claimed by IS killed 29 worshippers at a Cairo church.