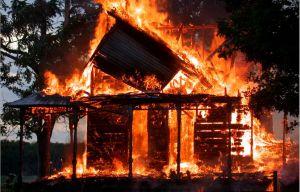 The Russian Emergencies Ministry’s aircraft have saved ten Siberian settlements from the fire.

"Two Ilyushin Il-76 aircraft and three Beriev Be-200 aircraft have been taking part in fighting the fires in the Siberian Federal District," the press service said. "They have dropped a total of 632 tonnes of water on the fires, preventing them from spreading to ten settlements with a total population of more than 17,000."

On the whole, over 14,300 personnel and 4,800 units of equipment have been involved in combating the blazes.

A state of emergency remains in effect throughout the Siberian Federal District.