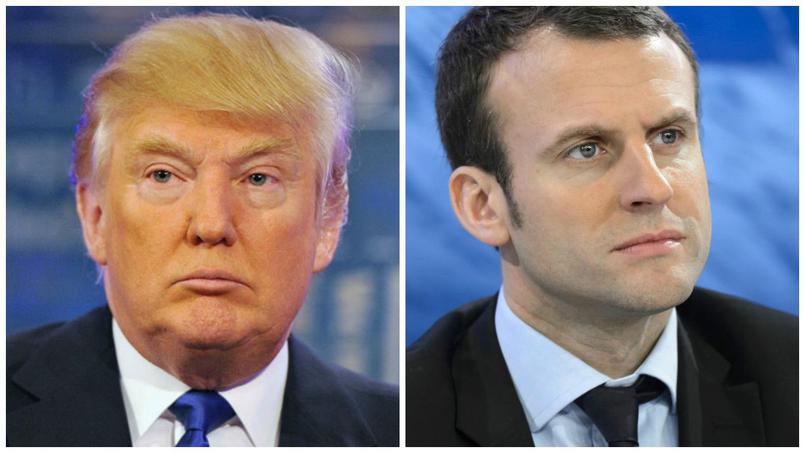 Newly-elected French leader Emmanuel Macron will meet with US President Donald Trump during the upcoming summit of the NATO leaders in Brussels in late May, the White House said in a press release.

Axar.az reports citing to Sputnik US President Donald Trump and French President-elect Emmanuel Macron discussed bilateral cooperation in a Monday phone call and agreed to meet on May 25 during NATO leaders’ summit in Brussels, the press release stated.

"President Trump emphasized his desire to work closely with President-elect Macron in confronting shared challenges…the two leaders agreed to a meeting during the May 25th NATO leaders meeting in Brussels," the release stated.

On Sunday, France held the run-off of the presidential election, with independent Emmanuel Macron, the leader of "En Marche!" movement winning the race with 66.1 percent of the votes.
Macron, who is thought to have hoovered up votes from supporters of Francois Fillon, Benoit Hamon and even the hard-left candidate Jean-Melenchon, defeated the violently anti-EU Le Pen by a margin of 66% to 34%.