US reporter arrested for Trump questions 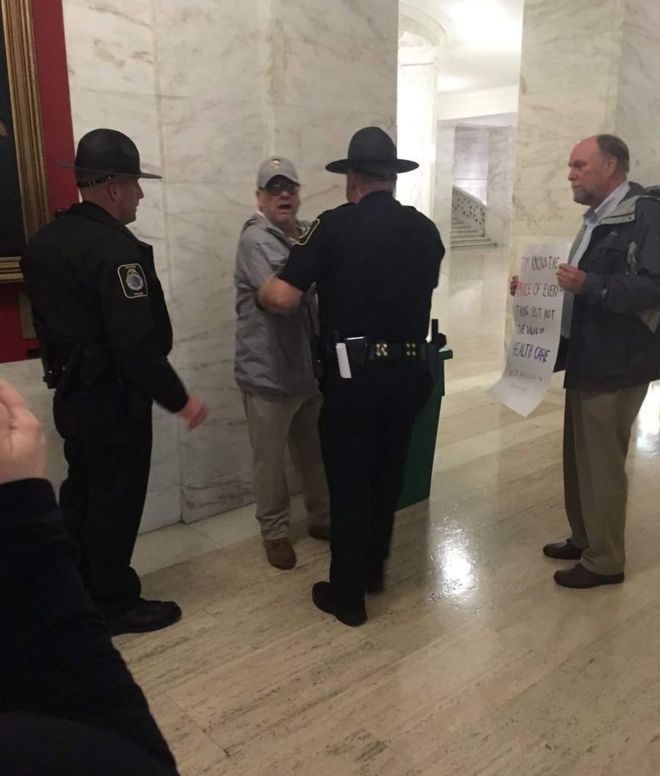 A reporter was arrested on Tuesday night at the West Virginia Capitol for allegedly causing a disturbance by shouting questions to two Trump aides.

The veteran health reporter wanted to know if domestic violence would be covered as a pre-existing condition.
He later said he "was trying doing my job". He faces a fine and jail time.

Mr Heyman, who works for the Public News Service, spoke to reporters after being released by police.

He said that he had been following the Trump team's entourage through the capitol building while wearing his press badge and a shirt identifying his media outlet.

"He didn't say anything," Mr Heyman told reporters about Mr Price's refusal to answer his question.
"So I persisted," he added.