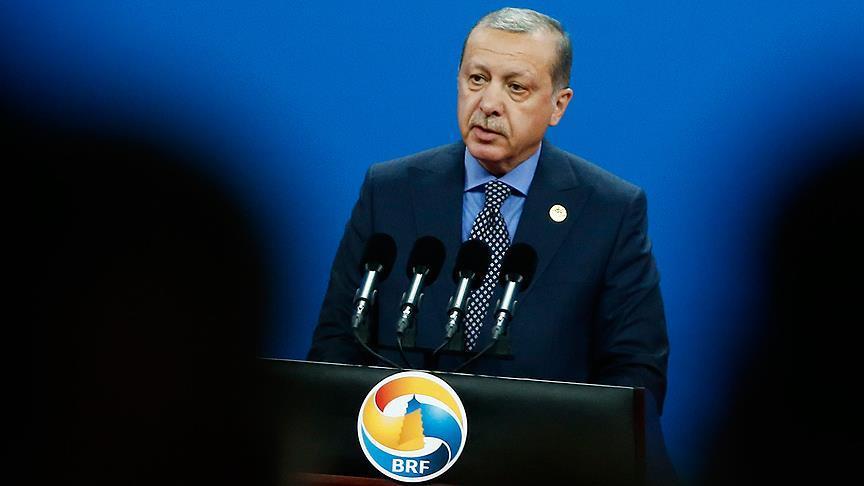 Turkish President Recep Tayyip Erdogan described the Belt and Road initiative as “against terrorism” adding that Turkey will give all kinds of support for it.

Axar.az reports citing to Anadolu Agency speaking at the opening ceremony of the Belt and Road Forum in China's capital Beijing on Sunday, Erdogan said the New Silk Road initiative was a very important project covering more than 60 countries and almost 4.5 billion people in the world.

The Belt and Road Initiative was proposed by Chinese President Xi Jinping in 2013.

According to China’s official Xinhua news wire, the goal of the initiative is to build a trade and infrastructure network along ancient trade routes such as the Silk Road that would connect Asia with Europe, Africa and beyond.

"This initiative, especially against the rising terrorism in the world, will be an initiative that will almost eradicate terrorism. I believe this cooperation which will benefit everyone will succeed as a model. We, as Turkey, are ready to give all kinds of support for it, Erdogan said.

“I believe that this initiative, also called the New Silk Road, will mark the future in an effort to link Asia, Europe, Africa and even South America,” the president added.