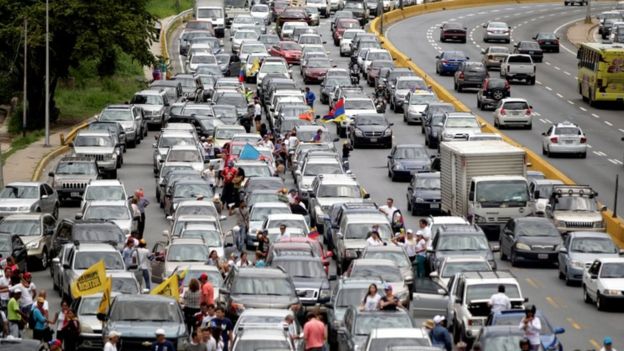 Thousands of Venezuelans in cars and motorbikes have filled roads across the country in motorised protests against President Nicolas Maduro.

Axar.az reports citing to BBC riot police on motorbikes fired tear gas against opposition demonstrators and blocked their motorcade in the capital, Caracas, where a bus was also set on fire.

There were clashes in Valencia and other Venezuelan cities.
Nearly 40 people have been killed since the unrest began six weeks ago.

Mr Maduro has accused the leader of the opposition-led National Assembly, Julio Borges, of inciting violence by calling people onto the streets.

On Friday, riot police clashed with elderly protesters at the so-called Grandparents March in Caracas.
Opposition leaders say they will keep the pressure on Mr Maduro's government.

Aliyev prepared well and got what he wanted - Alexandrov