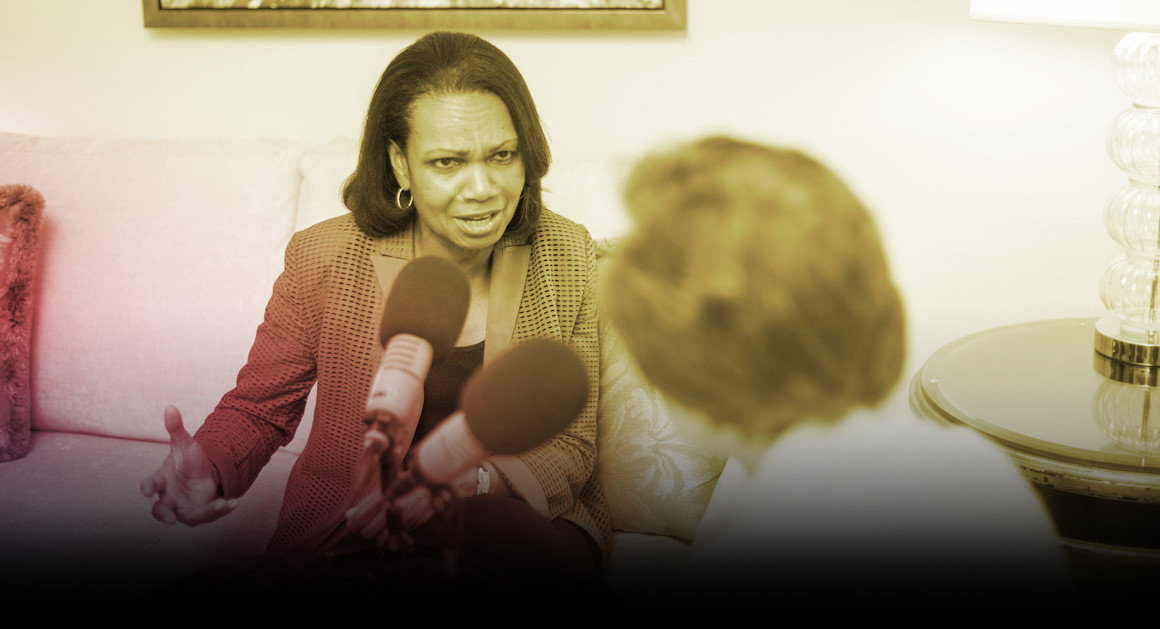 In an extensive new interview for The Global Politico, the former secretary of state acknowledges her concerns about a president accused of eroding democracy at home and ignoring it abroad.

She says Trump, a novice in world affairs, has a “steeper learning curve than most” presidents, and pushes him to adopt what would be a stark reversal in policy to favor the global promotion of human rights and American leadership that Rice advocated as President George W. Bush’s top foreign policy adviser.

“Words do matter,” she tells me. “I hope that we will say even more that the world is a dark place when the United States of America is not involved. It’s a dark place when we don’t stand up for those who just want to have the same basic values that we have.”