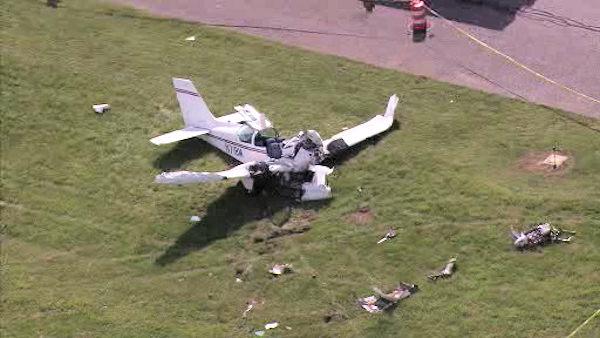 Two people are "missing" after a small plane carrying no passengers crashed while trying to land at Teterboro Airport in New Jersey, local authorities said.

The Learjet 35 crashed in a residential area near the airport located 10 miles (16 kilometers) west of New York City in the town of Carlstadt, Mayor Craig Lahullier told reporters.

The crash at approximately 3.30 p.m. (1930GMT) caused the aircraft to disintegrate and left two buildings near the crash site in flames, police said.

The pilot and the co-pilot, whose identities were not immediately available, had been reported as dead by Carlstadt Police Department, but hours later the department's deputy chief Thomas Berta said authorities "have no idea if anybody is deceased".

The National Transportation Safety Board has launched an investigation into the crash.