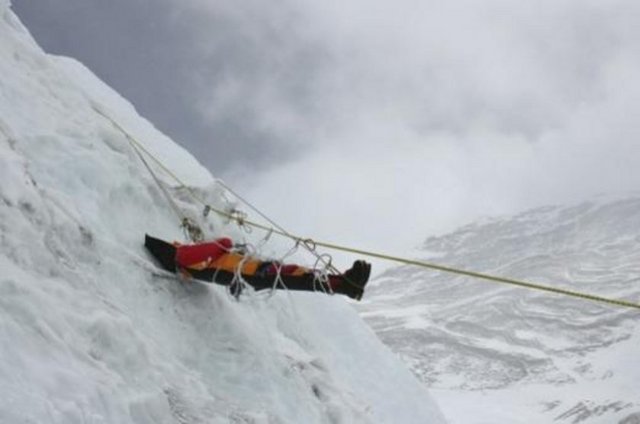 A South African who attempted to climb Mount Everest without permission has been arrested in Nepal where he faces a $22,000 fine -double the cost of the permit he was trying to avoid.

Ryan Sean Davy handed himself in to authorities in Kathmandu on Tuesday after being caught last week hiding in a cave near Everest's base camp without a permit.

He is now in custody and will appear in court next week to face charges related to his Everest attempt and possible additional offences over his conduct during the investigation.

"He will be fined and deported as per the Tourism Act of Nepal. He may face further penalty for misbehaving with the police," director of the tourism department Dinesh Bhattarai told AFP.

Under Nepali law, climbers caught without the mandatory permit are fined $22,000.

He could also be blacklisted from the Himalayan nation for five years, or face a 10-year climbing ban when he appears in court next week.

The South African -- who describes himself on social media as a film director and producer -- was caught a short distance from Everest base camp and was ordered off the mountain.

He had pitched a tent away from the other climbers to try and dodge government officials who monitor all Everest ascents.

He told officials he had climbed alone as far as camp two -- at 6,400 metres -- to acclimatise in preparation for a solo summit bid.

His antics have angered many in the close-knit climbing community, who say the South African would have put himself and others in danger if he had attempted to reach the summit alone.

Davy was caught not far from where more than 1,000 mountaineers and support staff have gathered for the busy spring climbing season.