Chelsea Manning to be freed from military jail 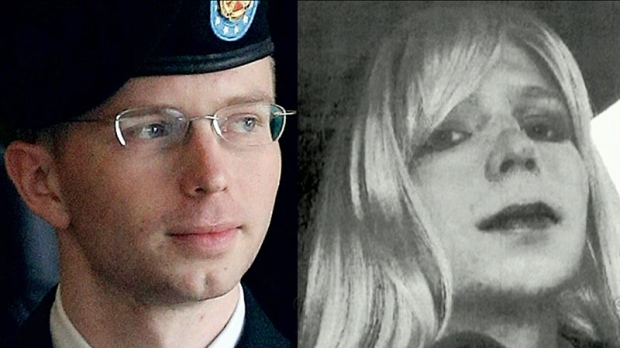 Chelsea Manning, the former US army intelligence analyst who was court-martialed after disclosing military and diplomatic secrets to the radical transparency group WikiLeaks, is set to leave prison on Wednesday after President Barack Obama commuted her sentence before he left office.

Manning, a transgender woman who served in Iraq while still living as a male using the name Bradley, was originally sentenced to remain in a US military prison until 2045.

Manning, who was held in solitary confinement for up to 23 hours each day, tried to commit suicide twice while incarcerated in a men’s military prison at Fort Leavenworth, Kansas. In 2012, Juan Mendez, the UN special rapporteur on torture, criticised US military officials for their treatment of Manning.

While serving as a junior intelligence analyst in Iraq, Manning copied hundreds of thousands of military incident logs and about 250,000 diplomatic cables. Evidence introduced at the intelligence analyst’s trial showed she had been struggling with gender identity issues while serving in the war zone and her superior officers were aware of her difficulties and had failed to respond.

Mr Obama’s decision to commute her sentence was controversial, with civil liberty campaigners welcoming the move but Republican lawmakers reacting with dismay.

The commuting of Manning’s sentence by Mr Obama was part of the tradition by a outgoing presidents to use executive powers to show leniency towards individuals they believe have been treated unjustly by the US judicial system.