Over 300 Afghans and Syrians evacuated from Istanbul 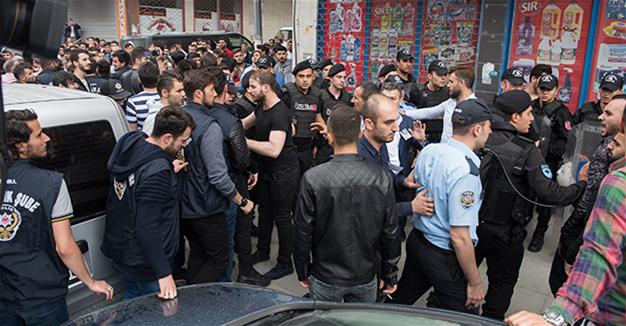 Over 300 people of Afghan and Syrian origin were evacuated from an Istanbul neighborhood on May 16 amid rising tension after the killing of a local man by a foreign resident on May 14.

Ramazan Sahin, 24, was killed during a brawl between locals and migrants in the İsmetpaşa neighborhood of the Sultangazi district, after which riot police intervened with water cannon and tear gas against a group protesting the killing.

However, protests have swelled in the days since, with security forces taking tight security measures.

Riot police are stationed on all streets in the neighborhood, while riot control vehicles are patrolling the streets against possible escalations.

In addition to these measures, police have evacuated at least 300 Afghan and Syrian-origin people from the neighborhood. They will now be sent to migrant camps in different provinces across Turkey.

The brawl was reportedly ignited after a group of Syrian and Afghan migrants heckled women in Ismetpasa on May 14.

The fight in which Sahin was killed erupted after locals reacted against the heckling. Sahin’s uncle, Salih Arslan, vowed shortly afterward that they would not continue to harbor migrants in Ismetpasa.

“We are suffering and we will not harbor those who made us suffer. These kinds of incidents are happening constantly but nobody intervenes in them,” Arslan said.