Lavrov says US Media reminds him of Soviet joke 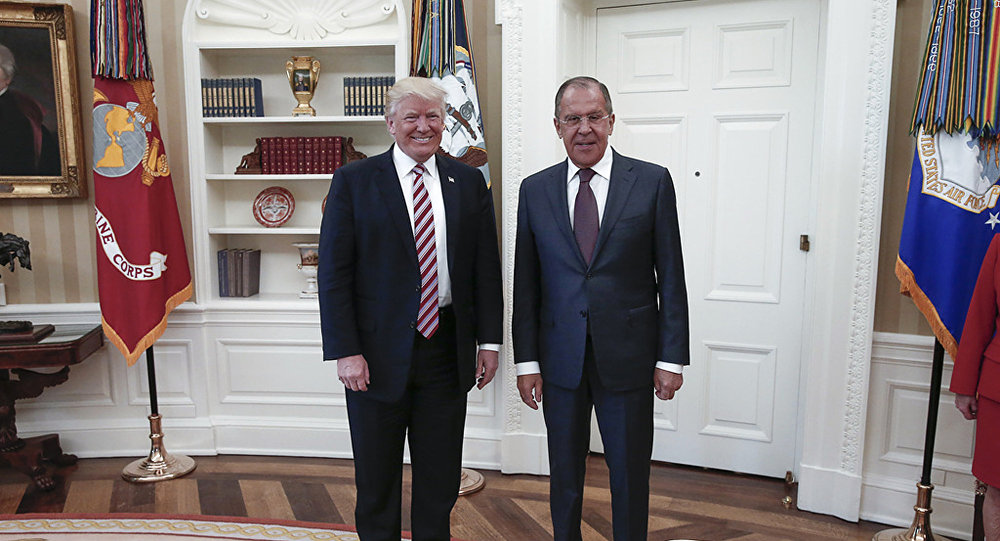 Commenting on the big noise raised in Washington over the classified information allegedly divulged to him by President Donald Trump during their meeting in the White House last week, Russia’s Foreign Minister Sergei Lavrov said that the state of the US media reminded him of a popular Soviet-era joke about the press.

“Back in Soviet days people would joke about the newspaper Pravda (Truth) never reporting the news, and the newspaper Izvestia (News) never telling a word of truth,” Lavrov said when meeting with his Cypriot colleague Ioannis Kasoulidis in Moscow on Thursday.

On Monday, The Washington Post reported, citing anonymous sources, that when chatting with Lavrov and Russian Ambassador to the US Sergei Kislyak in the Oval Office on May 10, Trump revealed to them some information which “could jeopardize a valuable source of intelligence in the fight against ISIS [Daesh].”

"The president and the foreign minister reviewed common threats from terrorist organizations to include threats to aviation. At no time were any intelligence sources or methods discussed, and no military operations were disclosed that were not already known publicly,” he added.