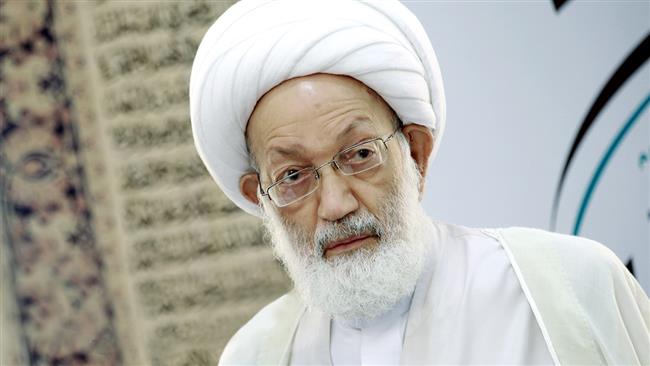 The court convicted the spiritual leader of illegal collection of funds and money laundering and sentenced him to one year in jail suspended for three years. It also ordered him to pay $265,266 in fines.

“This sentence is a new crime added to a series of crimes against humanity perpetrated by the [Bahraini] regime,” a Hezbollah statement said.

The charges emanate from the collection of an Islamic donation called Khums, which in Shia Islam is collected and spent by a senior cleric in the interests of the needy.

Qassem also faces expulsion from the kingdom after authorities revoked his citizenship last year. His defense lawyers refused to attend the hearings, which they saw as an attack on the country's Shia Muslims.

Since 2011, the kingdom has been the scene of peaceful anti-regime protests against the systematic abuse of the Shia population and discrimination against them.

The Bahraini regime has responded to the protests with excessive and lethal force, which has drawn international criticism.

Bahrain's perennial rulers are allies of the West, including the US which has its Fifth naval fleet based in the tiny Persian Gulf country.

On Sunday, hundreds of protesters marched in the capital Manama after the verdict was issued against Sheikh Qassem.

Qassem’s residence in his native village of Diraz is under siege by regime forces in the face of a sit-in held outside the building ever since the regime revoked his citizenship.