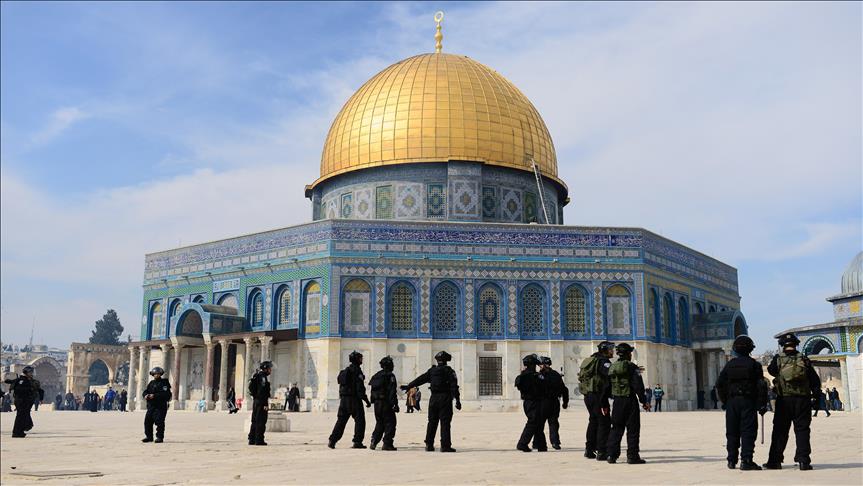 Hundreds of Israeli settlers on Wednesday forced their way into East Jerusalem’s flashpoint Al-Aqsa Mosque compound, according to a Palestinian official.

Firas al-Dibs, a spokesman for the Jerusalem Islamic Waqf, a Jordan-run organization responsible for overseeing the city’s Islamic sites, said some 708 settlers had stormed the complex through Al-Mugharbah gate.

“A number of mosque guards were wounded after they were assaulted by Israeli forces in the mosque’s courtyards” he told Anadolu Agency.

According to the spokesman, three other guards were arrested by Israeli forces.

Al-Dibs said the situation escalated in the complex after a group of settlers tried to perform a Talmudic rituals near the Al-Qibali mosque.

Earlier this week, Jewish extremist groups called on supporters to converge on Al-Aqsa complex on Wednesday to mark the 50th anniversary of Israel's occupation of East Jerusalem, which falls today according the Hebrew calendar.

Israel occupied East Jerusalem during the 1967 Middle East War. It later annexed the city in 1980, claiming it as the capital of the Jewish state in a move never recognized by the international community.