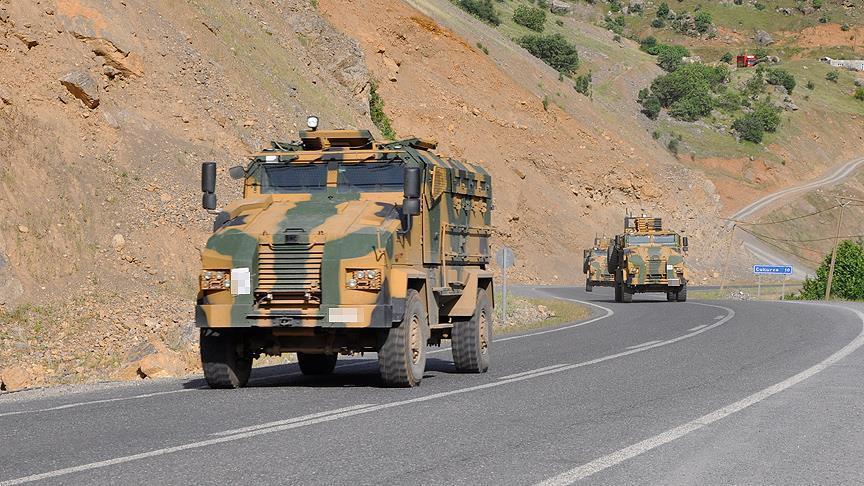 A Turkish soldier was martyred when his unit was hit by an improvised explosive device in a mountainous region close to the Iraqi border early Thursday, a security official said.

Troops from the 2nd Border Brigade Command were attacked in Cukurca, a district of Hakkari province in southeast Turkey, at around 4.00 a.m. local time (0200GMT), the official said on condition of anonymity due to restrictions on talking to the media.

The device -- believed to have been planted by PKK terrorists -- injured two other soldiers who were later treated at Hakkari State Hospital.

The unit was conducting counter-terrorism operations around Avus Tepe.

The PKK -- listed as a terrorist organization by Turkey, the U.S. and EU -- resumed its armed campaign against Turkey in July 2015, since when it has been responsible for the deaths of around 1,200 people, according to official figures.