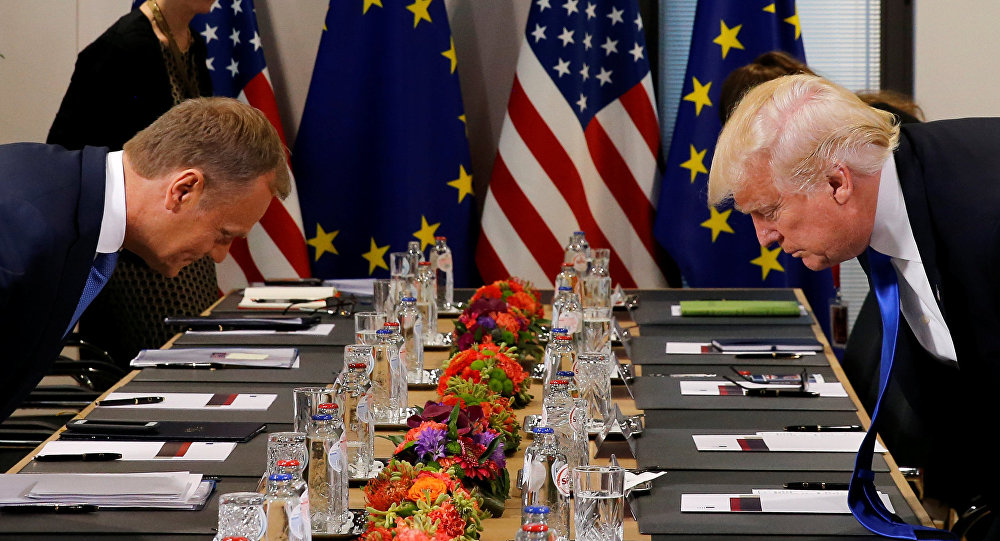 European Council President Donald Tusk said on Friday that he did not want to be part of the current "political culture of permanent leaks," when asked to comment on the confidential details of his meeting with US President Donald Trump that appeared in the press.

Tusk and European Commission President Jean-Claude Juncker met Trump in Brussels on Thursday. German media reported on Trump saying that Germans were "very bad" because of the huge number of German cars being sold to the United States.

"I don't want to be part of political culture of permanent leaks… It's too many, too many leaks, and I don't want to comment on the leaks," Tusk told reporters, when asked to comment on some remarks that were, according to media reports, made by Trump at the meeting regarding Germany.

Tusk and Juncker were holding a press conference ahead of the Group of Seven (G7) leaders' annual summit, held this year in the Italian town of Taormina.

On Thursday, Tusk said after talks with Trump that the EU's and US' stances on climate and trade issues still differ.