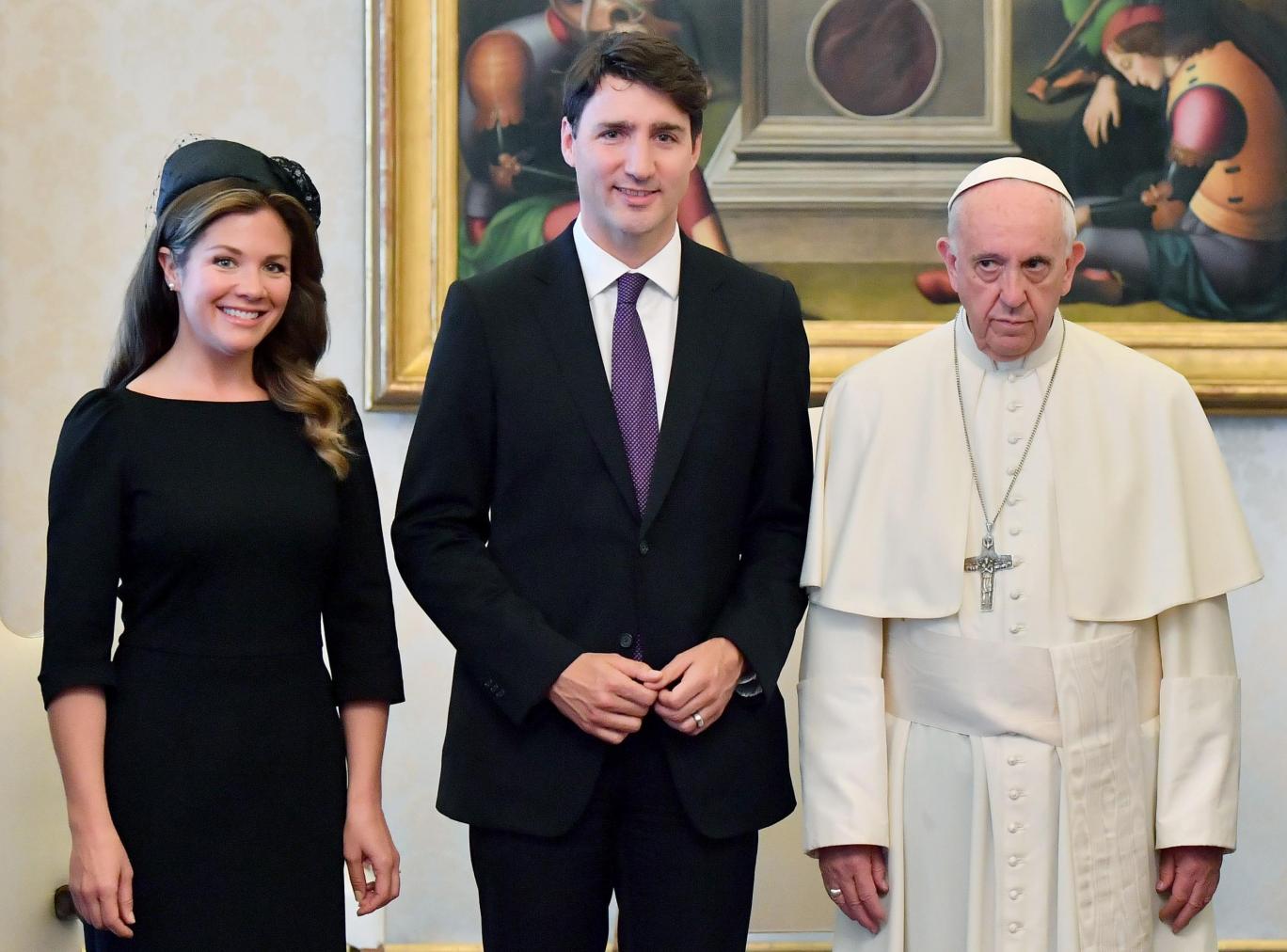 Justin Trudeau has urged Pope Francis to apologise to indigenous people in Canada for the Catholic church’s decades-long abuse of aboriginal children in the schools it governed there.

The Canadian Prime Minister met with the pontiff at the Vatican on Monday as part of his visit to Italy for the G7 summit in Taormina over the weekend.

Mr Trudeau argued Pope Francis’s apology was imperative for Canadians to make genuine progress on resolution and reconciliation with the Aboriginal population in Canada.

In the late 19th century residential schools were set up to assimilate the children of Canada’s aboriginal people, who comprise of the First Nations, Inuit and Métis, into mainstream society.

Around 30 per cent of the children of Canada’s native peoples, approximately 150,000 children, were forcibly removed from their families and placed in what they termed “residential schools”. The institutions taught the children how to speak English and adopt Canadian customs and Christianity, with the intention being for native traditions and ancestral languages to be diluted and ultimately erased.

For over a century the institutions were government-funded but many were administered by Christian churches which predominantly consisted of the Roman Catholic tradition.

Many children were physically and sexually abused in the institutions.

“I told him how important it is for Canadians to move forward on real reconciliation with the indigenous peoples and I highlighted how he could help by issuing an apology,” Mr Trudeau told reporters after meeting Pope Francis.

Canada's Truth and Reconciliation Commission said in a 2015 report that the construction of the schools amounted to "cultural genocide" and has called for a papal apology in order to aid the reconciliation process with survivors.

Mr Trudeau said the pontiff informed him he was looking forward to working alongside himself and the Canadian bishops to “figure out a path forward together”.