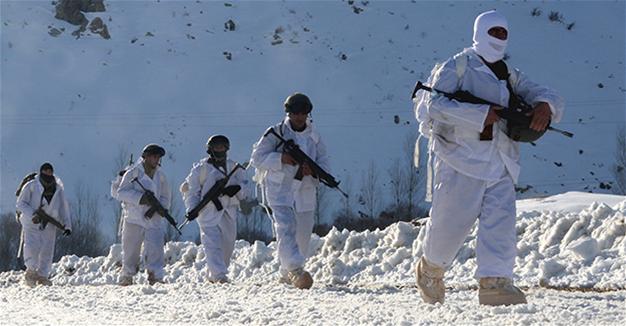 A total of two PKK terrorists were killed in ongoing anti-terror operations carried out in the rural areas of Turkey's southeastern Diyarbakır province, the Turkish Armed Forces (TSK) said Thursday in a written statement.

The air-supported operations were launched against identified PKK terrorists, who were believed to be preparing an armed attack against Turkish units, the statement elaborated.

A cave, an arsenal and a shelter used by the terrorist group were destroyed during the airstrikes in Diyarbakır's Lice district, the statement added.

Two other PKK terrorists were killed and one was captured alive during Wednesday's operations in the same region, where five Turkish soldiers were injured during clashes.

The injured soldiers were immediately brought to a nearby hospital for medical treatment, where three of them succumbed to wounds.