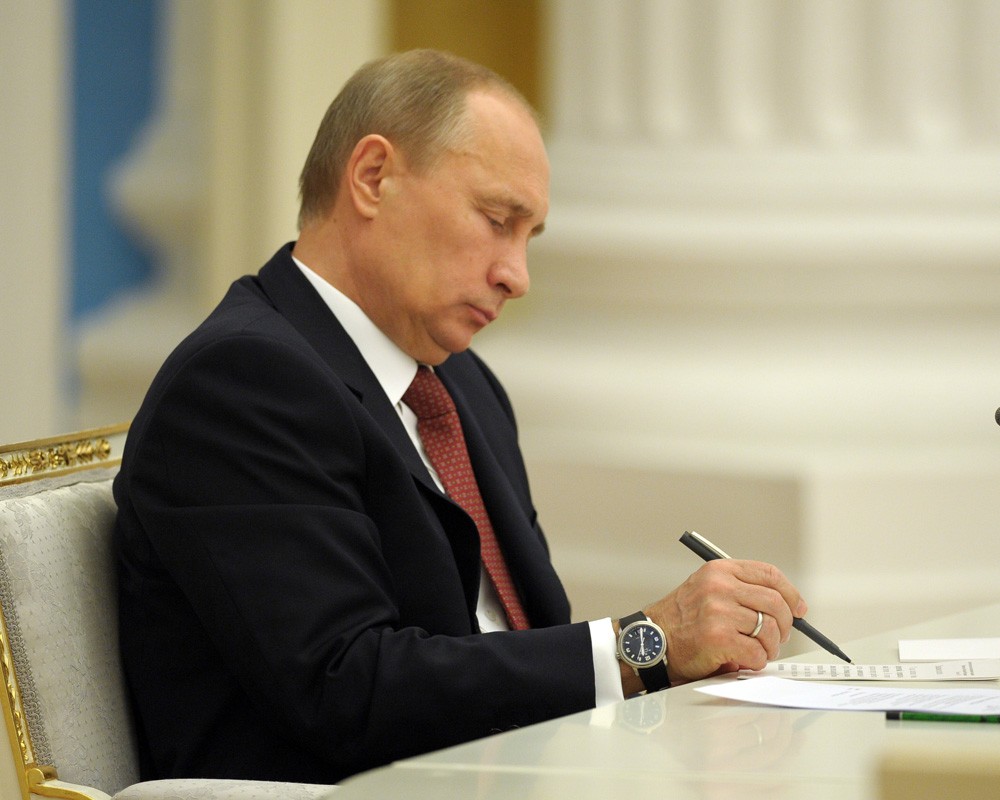 Russian President Vladimir Putin signed a decree lifting certain economic restrictions imposed on Turkey and its citizens, the Kremlin said in a statement on Wednesday.

According to the decree, Turkish citizens in possession of service passports, flight and cabin crew, as well as businesspeople visiting Russia for short periods will be entitled to visa-free travel.

The decree also grants visa-free travel to diplomatic and consular representatives of Turkey and their families on the basis of the principle of reciprocity.

The amendments to "Presidential Executive Order No. 583 on the Application of Special Economic Measures against the Turkish Republic of November 28, 2015" also "lift the restrictions on Turkish companies working in Russian territory and the ban on hiring Turkish citizens for employment in Russia," the statement added.

Putin also instructed the Russian Foreign Ministry to notify Turkey of the partial renewal of a May 2010 agreement concerning the terms of mutual travel of citizens of the two countries.

The decree will come into force following its publication in the Official Gazette, the statement added.

Meanwhile, Kremlin spokesman Dmitry Peskov said the decree did not concern restrictions on tomato imports from Turkey, according to Russian news agency TASS.

"During the May 3 talks in Sochi, the presidents [Putin and his Turkish counterpart Recep Tayyip Erdogan] stated that the previously imposed restrictions were lifted," Peskov said.

The signing of the decree was a "formalization" of the agreements between the two leaders, he added.

During a May 3 visit to Russia, Erdogan and Putin had agreed on all trade issues, including food and textiles, except for tomatoes.

After Turkey shot down a Russian military jet over an airspace violation in Nov. 2015, Moscow took several measures against Ankara, including banning imports of Turkish agricultural products and ending visa-free travel for Turks.

Since last summer, Russia has relaxed the measures and lifted bans on some products, particularly citrus fruits.