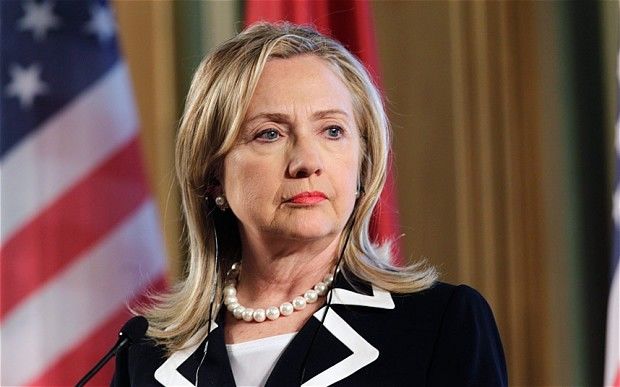 The US authorities were aware of the support granted by Qatar and Saudi Arabia to the terrorist operating in the Mideast countries, the leaked e-mail of ex-State Secretary Hillary Clinton published by WikiLeaks whistleblowing platform showed.

The e-mail published late on Monday was dated by August 2014 and was addressed to John Podesta, then-counselor to President Barack Obama. The message was dedicated to the fight with Daesh terror group (outlawed in Russia) and the military conflicts in Syria and Iraq. The information mentioned in the e-mail was based on sources including "Western intelligence, US intelligence and sources in the region."

"We need to use our diplomatic and more traditional intelligence assets to bring pressure on the governments of Qatar and Saudi Arabia, which are providing clandestine financial and logistic support to ISIL [Daesh] and other radical Sunni groups in the region," the letter read.

The document also mentioned the ongoing competition between Doha and Riyadh "to dominate the Sunni world."

On Monday, Saudi Arabia, Bahrain, the United Arab Emirates and Egypt announced a break in diplomatic relations with Qatar, accusing Doha of destabilizing the situation in the Middle East and supporting terrorist organizations, including the Muslim Brotherhood terror group (outlawed in Russia). The authorities of eastern Libya, Yemen, as well as the Maldives subsequently also announced the severance of relations with Qatar.

The Qatari Foreign Ministry, in turn, rejected the accusations of Doha's interference in other countries' domestic affairs and expressed regret over the decision of the Gulf States to cut off the diplomatic ties with it.

The military conflict in Syria has been ongoing since 2011 with government fighting against various opposition and militants groups, including Daesh. The influence of Daesh in Iraq has significantly increased in 2014 when the terrorists captured the country's major city of Mosul after invading from Syria. The operation to liberate the city is currently carried out by the Iraqi and US-led coalition forces.