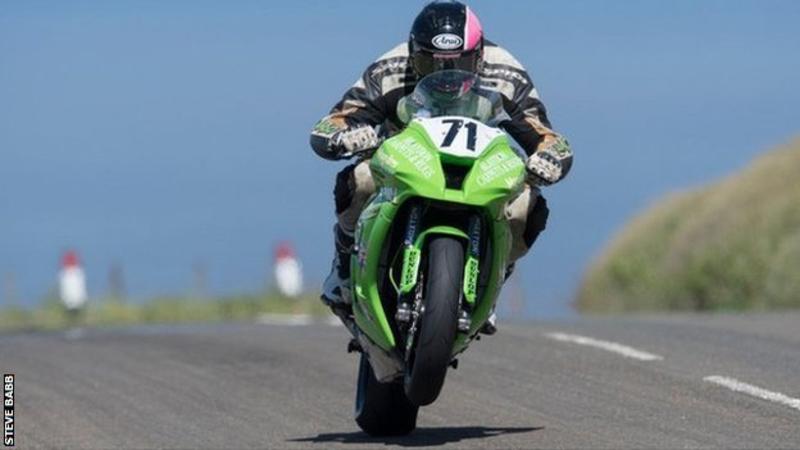 English rider Davey Lambert has died in hospital following a crash in the opening Superbike race at the Isle of Man TT event on Sunday.

Lambert, from Gateshead, sustained multiple injuries after coming off his 1,000cc Kawasaki machine at Greeba Castle.

He crashed on lap three of the six-lap race on the Mountain Course.

The 48-year-old was airlifted to Nobles Hospital, before being transferred to Aintree Hospital in Merseyside.

Lambert was making his TT debut, but had previously competed at the Manx Grand Prix over the same course.

Race organisers ACU Events Ltd said in a statement they wished to "pass on their deepest sympathy to his partner Tracey, his family and friends"