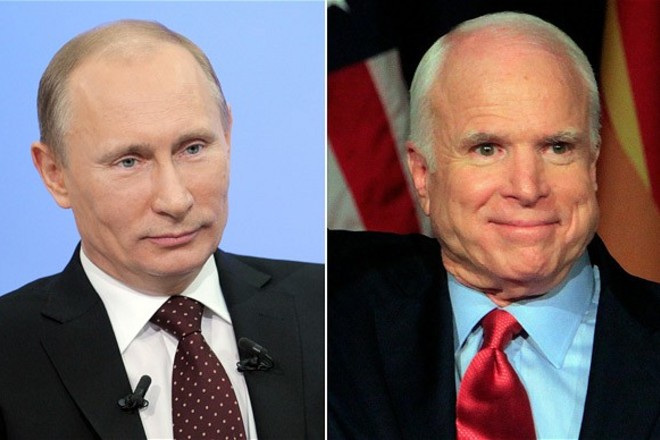 Russian President Vladimir Putin said that he likes Sen. John McCain, R-Ariz., during a trailer for an interview with Oliver Stone released Thursday.

"Well, honestly, I like Sen. McCain to a certain extent. And I'm not joking," said Putin, "I like him because of his patriotism, and I can relate to his consistency in fighting for the interests of his own country."

In the Showtime trailer, a Feb. 7 video is shown of McCain condemning Putin in response to President Trump's saying he respected Putin and said "you think our country's so innocent."

McCain has opposed the lifting of sanctions against Russia and has often spoken out against Putin, most recently saying that Putin is the "premier and most important threat, more so than ISIS," in a recent interview with the Australian Broadcasting Corporation.

"You know in Ancient Rome there was Marcus Porcius Cato, the Elder, who always finished all his speeches using the same words, ‘Carthage must be destroyed,'" Putin said in the interview. "People with such convictions like the Senator you mentioned, they still live in the Old World."