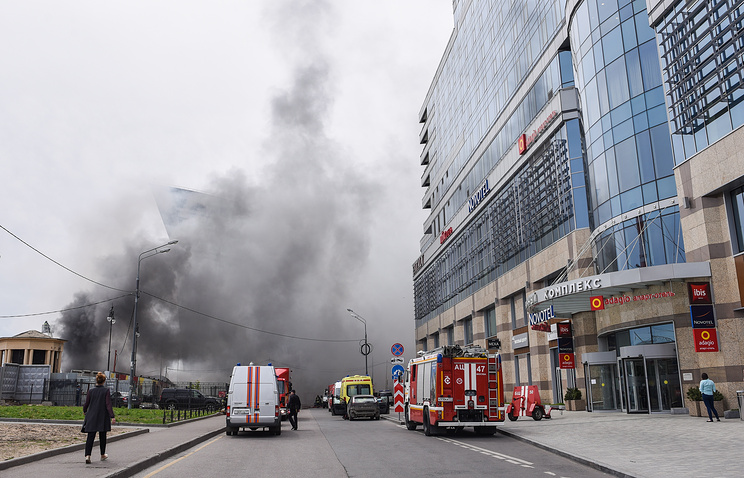 More than 3,500 people have been evacuated from a business center after a fire broke out near Moscow’s Kievsky railway station, a source in the city’s emergencies services said on Friday.

"Due to a thick smoke, 3,500 people were evacuated from the business center’s building," the source said.
The storage facilities, covering the area of 100 square meters, are on fire at the railway station’s square.