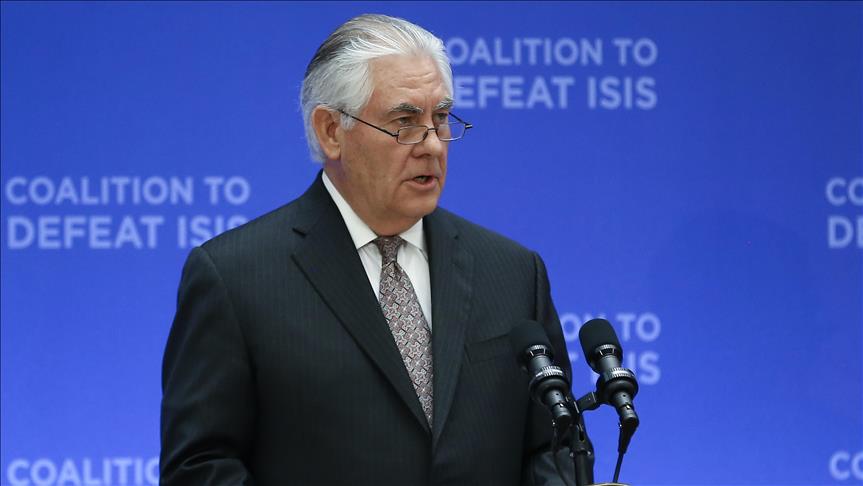 U.S. Secretary of State Rex Tillerson will visit Turkey to attend the 22nd World Petroleum Congress (WPC), which will take place in Istanbul between July 9 and 13, according to the statement released by the World Petroleum Council on Friday.

The council stated that during the Congress, Tillerson would receive the highest honor from the World Petroleum Council.

"Rex W. Tillerson, ex-chairman and former chief executive officer of Exxon Mobil Corporation, is being recognized for his outstanding contribution to the oil and gas industry with the highest honor of the World Petroleum Council, the Dewhurst Award," the Council noted.

Tillerson is only the tenth recipient of the Dewhurst Award in the history of the WPC since its inception in 1993 when the then president of the Institute of Petroleum in U.K., Thomas Dewhurst, organized what was to become the first World Petroleum Congress.

High-level executives from leading energy companies such as Shell, BP, ExxonMobil, Chevron, Total, Saudi Aramco, SOCAR and up to 50 energy ministers will be attending the Congress with the theme, Bridges to our Energy Future.

Topics such as the Global Oil Sector, the Future Of Conventional And Unconventional Oil And Gas Resources, Global Policies Regarding Energy Efficiency, Low Carbon Emission Solutions, Infrastructure And Investment Opportunities, will be debated during roundtable discussions, workshops, technical forums and panels within the scope of the congress.

Sessions will also be held to discuss host country Turkey’s development in the Oil and Gas industry.