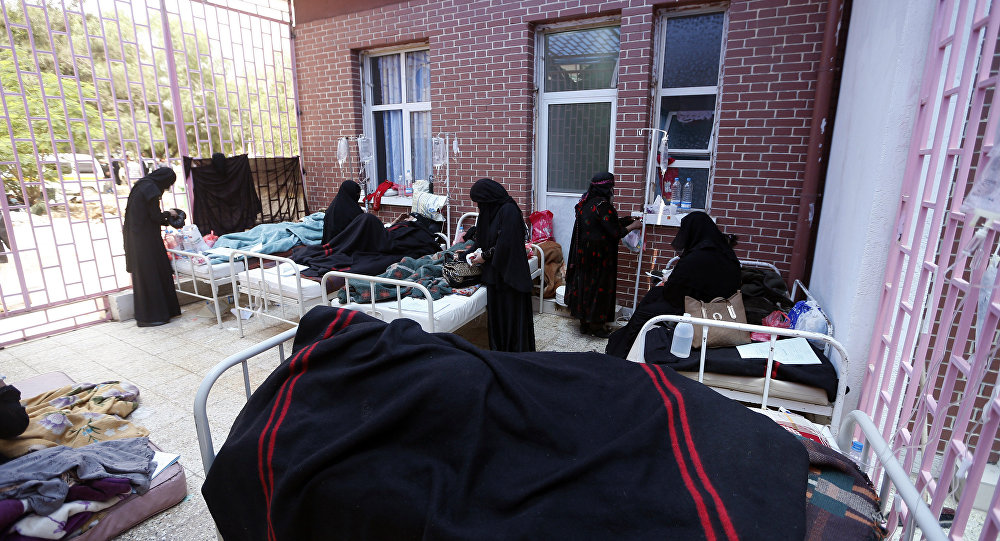 Russian federal health and epidemic watchdog Rospotrebnadzor warned Sunday about the increase in the rate of cholera infection in Yemen and asked Russian citizens to consider the data when planning foreign trips.

The cholera outbreak in Yemen was announced by the country's health authorities on October 6, 2016.

According to the World Health Organization (WHO), more than 100,000 cholera cases, including 789 fatal, have been registered since the start of the cholera outbreak in Yemen.

“Russian Federal Service for Surveillance on Consumer Rights Protection and Human Wellbeing continues to monitor rate of cholera infection in the world and informs about deterioration of epidemic situation in Yemen … Rospotrebnadzor asks to take the information into consideration when planning overseas trips,” the watchdog said in a statement.

The WHO estimates that 7.6 million Yemenis live in areas with a high risk of cholera transmission.

Yemen has been in the grip of a civil war since March 2015, which affected the country’s economic and social systems, as well as the national healthcare. The war is waged between the internationally recognized government of President Abd Rabbuh Mansur Hadi and the Houthi movement backed by army units loyal to former President Ali Abdullah Saleh. Shortly after the outbreak of the conflict, the Saudi-led coalition of mostly Persian Gulf countries launched airstrikes against the Houthis at Hadi's request.

The UN Office for Coordination of Humanitarian Affairs (OCHA) characterizes the situation in Yemen as "the largest humanitarian crisis in the world," with 18.8 million people in need of humanitarian assistance, including 10.3 million who require immediate aid to save or sustain their lives.