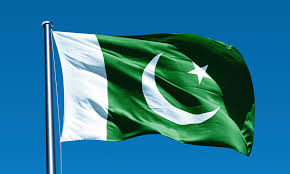 The Anti-Terrorism Court (ATC) of Pakistan has sentenced a man to death for sharing "blasphemous content about Islam" on social media, according to a report by Dawn.

The 30-year-old convict, who reportedly belongs to the Shia community, was arrested by the Counter Terrorism Department (CTD), in Bahawalpur city in eastern Pakistan.

According to the court, the offender posted derogatory content about prominent Sunni religious figures and the Prophet Muhammad and his views on Facebook.

The man faced charges on two sections of the law, one of them covering the use of derogatory remarks towards the Prophet Mohammad, and the other involving inducing sectarian hatred.

The death penalty is the harshest of cyber-crime sentences in Pakistan so far. If it is implemented, it would be the first time Pakistan has officially executed anyone for blasphemy.

According to Dawn, blasphemy and sacrilege remains a significant problem in the country, as allegations of sacrilege might be enough for a mob to beat the accused to death, as happened with Mashal Khan, a university student.

The incident caused an outrage across the country, with calls for the blasphemy law to be amended, particularly considering that an investigation cleared Khan of any blasphemy charges.