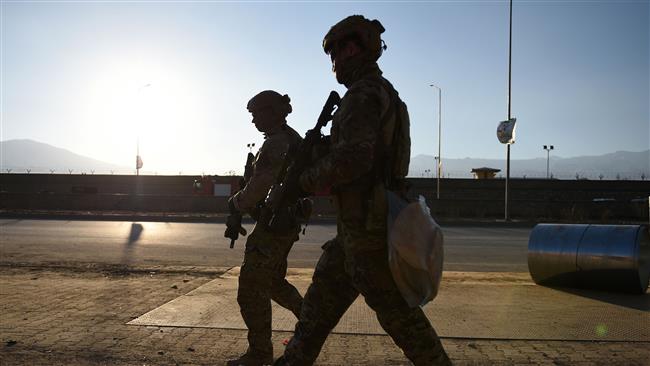 US troops have opened fire on and killed three Afghan civilians, including two children, following a bomb attack that hit their vehicle at a district near the border with Pakistan.

The troopers shot and killed an Afghan man and his two sons in Ghani Khel, a district in the south of Nangarhar, according to a spokesman for the provincial governor Attaullah Khogyani.

“After the bomb blast hit them, the American forces started shooting and killed one man and two children nearby,” he said.

The details of the incident were not immediately clear. The US military command in Afghanistan said it had launched an investigation.

Also on Saturday, US warplanes killed three Afghan policemen and wounded several others during a joint military operation in the eastern province of Helmand. The US military command said that the Afghan policemen had been killed in friendly fire but said they were investigating the incident.

Both Afghan soldiers and civilians have been falling victim to US air raids across the country.

Despite the presence of thousands of foreign boots on the ground, Afghanistan has been rocked by an increase in terrorist attacks, some of them carried out by the Taliban and others by the Takfiri Daesh terrorist group, which in Afghanistan is mainly active in Nangarhar Province.

American officials said last month that the US military needed between 3,000 and 5,000 additional troops, including hundreds of Special Operations forces, in Afghanistan.