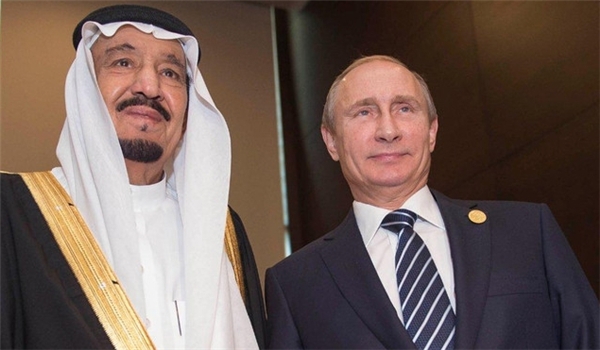 The Kremlin announced that Russian President discussed with Saudi King the situation regarding Qatar, which does not promote the consolidation of efforts on Syrian reconciliation and the fight against terrorism.

"Russian President Vladimir Putin and Saudi King Salman bin Abdulaziz al-Saud held a telephone conversation… The heads of states exchanged opinions on the current situation in the Middle East and Northern Africa, touching upon the escalated situation regarding Qatar which unfortunately does not promote the consolidation of joint efforts in the Syrians reconciliation and the fight against the terrorist threat," the statement read.

Bahrain, Saudi Arabia, the United Arab Emirates and Egypt cut off diplomatic ties with Qatar last Monday, and suspended air and sea communication one week after the Arab Islamic American Summit in Riyadh, accusing Doha of supporting terrorist organizations and destabilizing the situation in the Middle East.

Later, Libya, Maldives, Mauritius and Mauritania joined that list of nation to break off diplomatic relations with Doha.

Jordan and Djibouti have also announced that Amman and Djibouti decided to reduce their diplomatic status after studying reasons behind the tension between Cairo, Riyadh, Abu Dhabi and Manama with Qatar.

Qatar regrets the Saudi, Bahraini, the United Arab Emirates' and Egyptian decision to cut diplomatic ties with it.

"We regret the decision to sever relations," the Qatari Foreign Ministry said in a statement, adding that "these measures are unjustified, they are based on assertions without foundation."

"The State of Qatar is an active member of the Cooperation Council for the Arab States of the [Persian] Gulf [GCC], respects its charter, respects the sovereignty of other states and does not interfere in their internal affairs, and also fulfills its obligations to combat terrorism and extremism," the ministry stressed.

The split among the Arab states erupted last month after US President Donald Trump visited Riyadh where he accused Iran of "destabilizing interventions" in Arab lands.