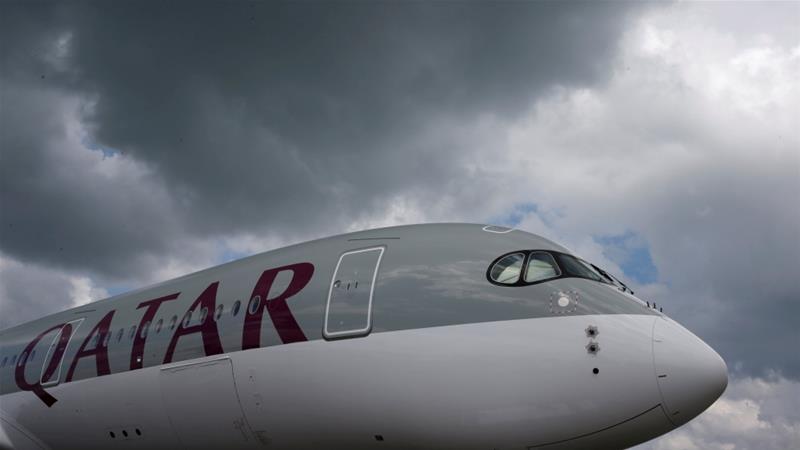 Saudi Arabia's civil aviation authority has rejected the opening of airspace for flights to and from Qatar, a day after the chief executive of Qatar Airways called for international action against the boycott imposed on Doha amid a major diplomatic rift in the Gulf.

The agency said in a statement on Tuesday that the decision to impose the air blockade against Qatar was a precautionary measure and was within the kingdom's sovereign right to protect its citizens from any threat.

Aviation authorities in the United Arab Emirates (UAE) and Bahrain, which along with Saudi Arabia cut diplomatic, trade and transport ties with Qatar last week, issued similar statements on Tuesday.

These came in response to remarks made by Qatar Airways' CEO Akbar al-Baker that the three countries violating international law by shutting out Qatari flights.

"The airspace that they have blocked, does not belong to them," he told Al Jazeera on Monday. "It belongs to the international community."

Gulf Cooperation Council members Saudi Arabia, the UAE and Bahrain, along with Egypt, severed ties with Qatar on June 5, accusing it of fomenting regional unrest, supporting "terrorism" and getting too close to Iran, all of which Doha denies.

The UAE and Qatar have long been major proponents of open-skies air transport agreements which remove restrictions on flying between states.

Overall, 18 destinations in the region are now out of bounds for Qatar Airways, which has also been forced to close its offices in Saudi Arabia and the UAE.

Qatar Airways will now use the aircraft that had been operated on those 18 destinations to fast track its expansion plans, al-Baker told Al Jazeera.

The Qatar Airways boss, warning that the blocking of airspace would also hurt competitors by undermining confidence in the region's "air connectivity", did not say which markets the airline would expand to.

The UAE's General Civil Aviation Authority said it was fully committed to the Convention on International Civil Aviation, but reserved the sovereign right under international law to take any precautionary measures to protect its national security if necessary.

The three countries' aviation authorities also said that non-Qatari private and chartered flights from Qatar must submit requests to them at least 24 hours before crossing the airspace.