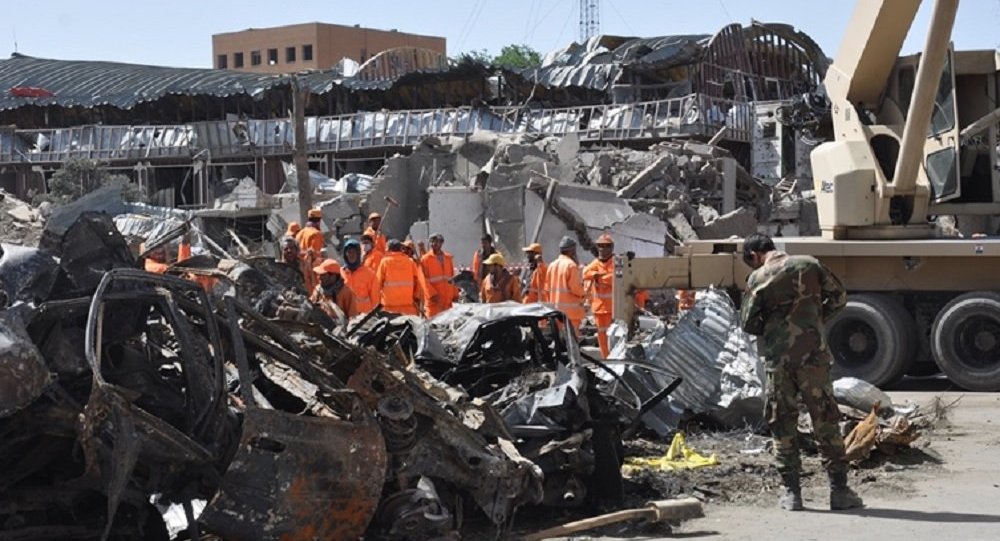 Aloud explosion was heard in the Afghan capital Kabul late Thursday, with initial media reports saying the blast had occurred at a mosque in a western district.

The suspected location, as reported by broadcaster Tolo TV, is home to a large population of the Hazara ethnic minority, who are Shiite Muslims.

At least six people were killed and 10 injured in an apparent terrorist bombing near a mosque in Afghan capital, Kabul, on Thursday, the TOLO News television channel reported.

Men walk at the site of three suicide attacks during a funeral ceremony, in Kabul, Afghanistan.

Death Toll in Kabul Cemetery Triple Blast Rises to 20, Nearly 90 Injured
Interior Ministry's spokesman Najib ISIS earlier said there were casualties as a result of a suspected suicide-bombing at the Al Zahra mosque, which is used for religious practices by Kabul's Shiite minority.
The TOLO News earlier said the explosion at the mosque was followed by sounds of gunfire.