Putin reveals which politician has influenced his views 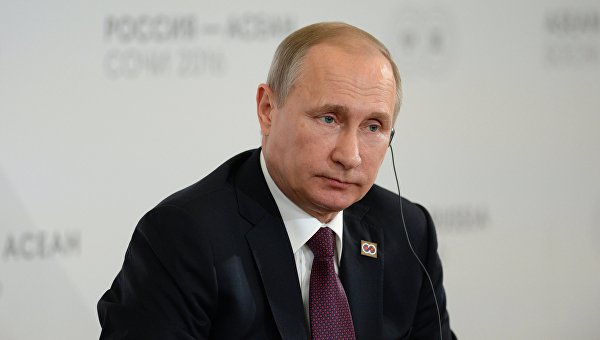 Helmut Kohl, who served as the Federal Republic of Germany's chancellor between 1982 and 1998, passed away on Friday. He died in his house in western German city of Ludwigshafen.

"I have known him since the beginning of the 1990s. I was there when he was speaking with the then-mayor of St. Petersburg, Anatoly Sobchak. He invited him to his residence — the German government was then in Bonn. We met several times and our first conversation made a very strong impression on me, a very strong one," Putin told journalists.

The Russian leader confessed that he was deeply impressed by Kohl's personality and intellect.
"I saw a very deep-thinking person who didn't live from elections to election, although, of course, this was important for him. But he thought about very distant future, and his thinking was very thorough, deep, based on his knowledge and working experience as a statesman in one of the largest European countries," Putin said.
The Russian leader admitted that Kohl's views on the future of the relationship between Russia and Germany had a profound effect on him. He also said that he was surprised by the frankness and the depth of Kohl's views on international relations in general, and on Russian-European relations in particular.

"They not only made a big impression on me, to some extent, they significantly changed my own view of these processes. I saw a very deep person, solid in his judgments," Putin said. "I am very sorry that he passed away," he added.
Commenting on Kohl's opinion that there is no cold war between the West and the East anymore, Putin stressed that the German politician was right.

"We always have some kind of a pendulum — all processes go in one direction, and then in the other," Putin said, answering the journalists' question whether Helmut Kohl made a mistake saying that the "cold war" was over.
"Now the pendulum has swung slightly towards a cooling in our relations, but I am sure that everything will inevitably come to the right balance, and we will unite our efforts in order to combat new challenges, because only in this way we will be able to overcome them," Putin concluded.

Russian President Vladimir Putin on Friday expressed condolences to the German leadership over the death of former German Chancellor Helmut Kohl.
Helmut Kohl served as the sixth Chancellor from 1982 to 1998, being the longest serving German chancellor since Otto von Bismarck.

In 1989 after the fall of the Berlin Wall, Kohl proposed to reunite Germany. The reunification occurred in October 1990. On December 2, 1990 the coalition he led secured the majority of seats in the Bundestag during the first nationwide elections since 1933. Kohl became the first chancellor of the reunited Germany.