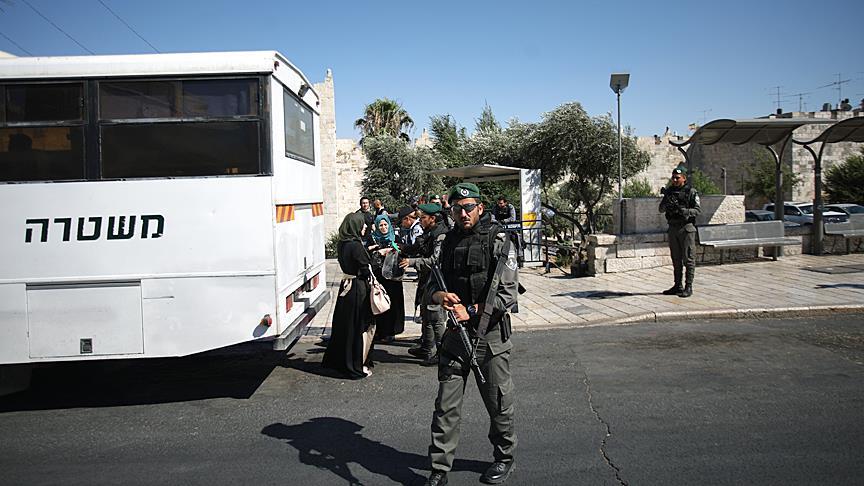 They also lined the threshold of the main mosque, where hundreds of worshippers had been stayed overnight for special prayers during the Islamic holy month of Ramadan.

Police spokesman Micky Rosenfeld said in a statement that two people were arrested for attacking police officers, who were lightly injured during the incident.

Tension has been high in Jerusalem since a female Israeli police officer was killed on Friday after an alleged coordinated stabbing by three Palestinians from the West Bank, who were all shot dead.

The main road outside Jerusalem's Old City used by Palestinians was closed to traffic on Saturday and 350 Palestinians from the West Bank were sent back after police raids across Palestinian neighborhoods in East Jerusalem.

The daily visits for non-Muslims, which include tourists, are rejected by the Waqf, which says they were resumed by the Israel government in 2003 without their coordination.

The visits were suspended when the Second Intifada began in 2000 but beforehand the Waqf had facilitated tours of the courtyard and allowed non-Muslims to enter the mosque themselves.

They accuse the Israeli government of forcing a change in the "status quo" -- the balance of prayer and visiting rights at the site.

The site is considered holy by both Muslims and Jews, who call it the Temple Mount and believe an ancient Jewish Temple lies underneath.

Mainstream Judaism bans entering the site but some hardline groups advocate visiting, as well as the construction of a new temple.