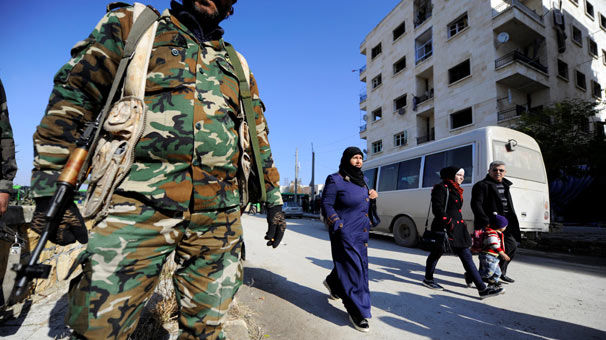 U.S.-backed Syrian militias accused the Syrian government on Monday of bombing their positions southwest of Raqqa city in recent days and threatened to retaliate if the attacks continue.

A U.S. warplane shot down a Syrian army jet on Sunday southwest of Raqqa, with Washington saying the army had dropped bombs near U.S.-backed forces and Damascus saying the plane had been flying a mission against Islamic State militants.

There was no immediate comment from the Syrian army.