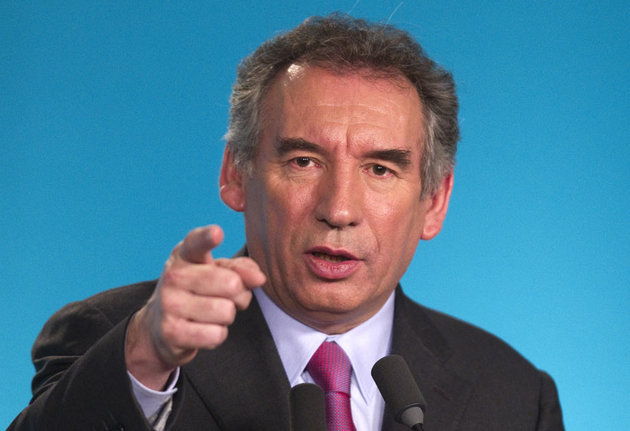 Centre-right Modem, a key ally of Macron's Republic On the Move (LREM) party in presidential and parliamentary elections, is the target of an investigation opened by prosecutors earlier this month into alleged fake European parliament assistant jobs.

On Tuesday, defense minister Sylvie Goulard, also a Modem member, quit, saying she did not want to stay because of the investigation.

On Wednesday, the source told Reuters that Bayrou was also quitting and would not be part of the next cabinet that Macron is due to announce later in the day.

Conservative party The Republicans had on Tuesday called for Bayrou and de Sarnez to quit over the investigation into Modem.

On Monday, the government announced that Richard Ferrand, a minister for territorial planning and key member of LREM was leaving to chair the party's group in parliament. He is the target of a separate judicial probe.

The flurry of departures mean that the reshuffle, initially expected to be a formality after a convincing parliamentary election win on Sunday for Macron's centrist LREM party, will be more far-reaching than expected.

LREM's solid majority means Macron does not need Modem's votes to get legislation through parliament, but he may now have to replace Modem with politicians from the Republicans in his cabinet, which could give ammunition to leftist opponents who call him a right-winger in disguise.

Being a target of a preliminary investigation in France is not an indication of guilt. Prosecutors can decide to either drop the probe or proceed to a full-fledged investigation.