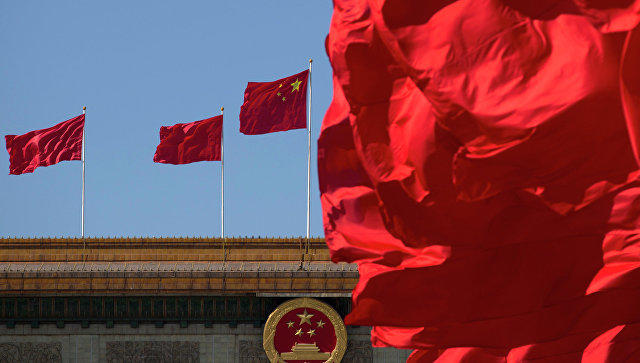 Chinese Foreign Ministry spokesman Geng Shuang stated that Beijing has a positive stance on the idea of the creation of the de-escalation zones in Syria.

Beijing is supportive of the initiative that resulted in the creation of the de-escalation zones in Syria and hopes that the move will contribute to a political solution of the conflict, Chinese Foreign Ministry spokesman Geng Shuang said Wednesday.

"China has a positive stance on this initiative and we believe that creation of the de-escalation zones would contribute to the decrease of tensions and creation of conditions to cease hostilities in Syria, as well as to hold peace talks," Geng said at a briefing.

Answering a question if China planned to become an observer in such zones, the official said that all the details of the monitoring activities had not been agreed yet, but Beijing hoped that all the efforts would result in the settlement of the Syrian crisis.

Since 2011, the Syrian government, numerous opposition groups and terrorist organizations, have been engaged in a civil war. In order to stop violence, the international community made a number of steps, focusing on bringing together the parties to the conflict at different venues, including in Geneva and Astana.

On May 3-4, during the recent round of the Astana talks; Iran, Russia and Turkey, the three ceasefire guarantor states, signed a memorandum on the establishment of four de-escalation zones in Syria. The monitoring and management of the safe zones is carried out by military personnel from the guarantor states.

On Monday, the Russian Foreign Ministry confirmed that the next round of talks on the Syrian settlement in the Kazakh capital would take place on July 4-5.