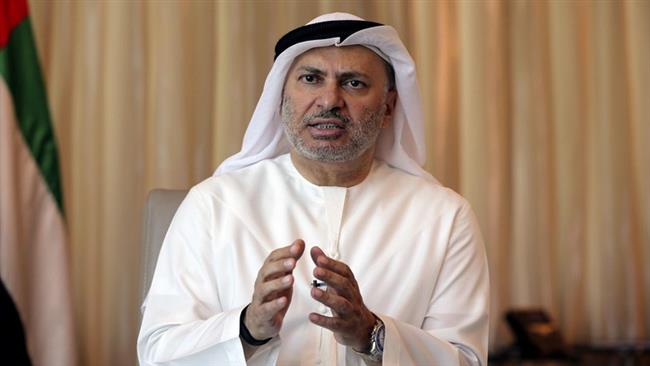 The United Arab Emirates (UAE) has asked Qatar to pay serious attention to the list of demands from Saudi Arabia and its allies, including the closure of al-Jazeera television news network and downgrade of relations with Iran, as the Persian Gulf diplomatic crisis aggravates.

The Emirati State Minister for Foreign Affairs Anwar Mohammed Gargash, in a post published on Twitter social network on Friday, accused Qatar of leaking a document containing the demands by Saudi Arabia, Egypt, the UAE and Bahrain.

Qatar strongly denies such charges. Associated Press and Reuters news agencies reported that they obtained the list from unnamed officials from one of the countries involved in the diplomatic rift with Qatar. Those countries have now given Qatar 10 days to comply with all of the demands. “The leak is an attempt to abort the mediation in a childish act that we have grown accustomed to from our brother,” Gargash wrote on Twitter.

He added, “It would be wiser that (Qatar) deal seriously with the demands and concerns of the neighbors or a divorce will take place.

The demands confirm that “the crisis is profound.” Qatar faces a choice of either stability and prosperity or isolation. “Perhaps the solution is in parting ways,” Gargash commented.

The 13-point list also asks Qatar to sever all ties with the Muslim Brotherhood and Lebanese Hezbollah resistance movement. The gas-rich Persian Gulf kingdom must shut down all affiliates and other news outlets that its allegedly funds, including Arabi21, Rassd, al-Araby al-Jadeed and Middle East Eye, as well. Moreover, Qatar has to pay an unspecified sum in compensation for the four Arab countries claimed to be “loss of life and other financial losses caused by Doha’s policies.”

According to the list, the Doha government must immediately shut down the Turkish military base, which is currently under construction there, and halt military cooperation with Turkey inside Qatar.

Turkish Defense Minister Fikri Isik said on Friday that Ankara does not intend to shut down its military base in Qatar, stressing that the site aims to train Qatari soldiers and increase the tiny Persian Gulf nation's security.

Isik stated that “no one should be disturbed by” the Turkish military presence in Qatar.

Saudi Arabia, the United Arab Emirates, Egypt and Bahrain all cut off diplomatic ties with Qatar on June 5, after officially accusing it of “sponsoring terrorism.”

Qatar's Foreign Ministry announced that the decisions to cut diplomatic ties were unjustified and based on false claims and assumptions. "Qatar has been the target of a systematic incitement campaign that promoted outright lies, which indicates that there was a prior intent to harm the state," the statement said. On June 9, Qatar strongly dismissed allegations of supporting terrorism after the Saudi regime and its allies blacklisted dozens of individuals and entities purportedly associated with Doha.

“The recent joint statement issued by the Kingdom of Saudi Arabia, Bahrain, Egypt and the UAE regarding a ‘terror finance watch list’ once again reinforces baseless allegations that hold no foundation in fact,” the Qatari government said in a statement.