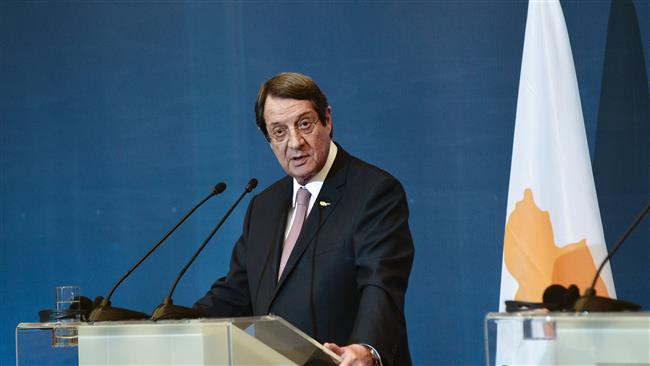 Cypriot President Nicos Anastasiades says he hopes to clinch a reunification deal laying out a new security blueprint for the divided island during a crunch summit in Switzerland this week.

Anastasiades will attend United Nations-backed talks at the Alpine Crans-Montana ski resort Wednesday with "complete determination and goodwill... to achieve a desired solution", he said in a statement.

He said he hopes to "abolish the anachronistic system of guarantees and intervention rights", with a deal providing for the withdrawal of the Turkish army.

The eastern Mediterranean island has been divided since 1974 when Turkish troops invaded its northern third in response to an Athens-inspired coup seeking union with Greece.

The so-called guarantor powers of Turkey, Britain and Greece retain the right to intervene militarily on the island. Greek and Turkish Cypriots are at odds over a new security blueprint, but their leaders are under pressure to reach an elusive peace deal. "I am going to Switzerland to participate in the Cyprus conference, with the sole aim and intent of solving the Cyprus problem," Anastasiades said.

Turkish Cypriot leader Mustafa Akinci is also set to attend the summit, which is expected to last at least 10 days. Greece, Turkey and Britain will send envoys along with an observer from the European Union.

UN-led talks on the island hit a wall in late May after the sides failed to agree terms to advance toward a final summit. Unlocking the security question would allow Anastasiades and Akinci to make unprecedented concessions on core issues.

But they have major differences on what a new security blueprint should look like.

Anastasiades's internationally recognized government, backed by Athens, seeks an agreement to abolish intervention rights, with Turkish troops withdrawing from the island on a specific timeline.

Turkish Cypriots and Ankara argue for some form of intervention rights and a reduced number of troops remaining in the north.

Turkish Cypriots want the conference to focus on broader issues of power-sharing, property rights and territory for the creation of a new federation. Much of the progress to date has been based on strong personal rapport between Anastasiades and Akinci, leader of the breakaway Turkish Republic of Northern Cyprus. But that goodwill has appeared frayed in the build-up to their meeting in Switzerland.

The Greek Cypriot presidential election next February has also complicated the landscape, as has the government's search for offshore oil and gas, which Ankara argues should be suspended until the negotiations have reached an outcome.