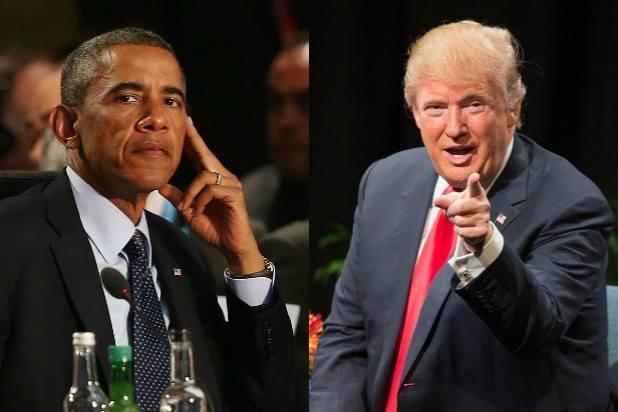 U.S. President Donald Trump on Monday demanded that investigators apologize for looking into Russian interference and possible collusion with his 2016 election campaign, accusing predecessor President Barack Obama of having "colluded or obstructed," but he did not provide evidence.

"The reason that President Obama did NOTHING about Russia after being notified by the CIA of meddling is that he expected Clinton would win... and did not want to 'rock the boat.' He didn't 'choke,' he colluded or obstructed, and it did the Dems and Crooked Hillary no good," he wrote on Twitter.

Russia has denied meddling in the election and Trump has repeatedly called the investigations a witch hunt.

In a Fox News interview broadcast on Sunday, Trump said he had learned that Obama had known about the Russia issue long before the election but that he "did nothing about it."

An official from Obama's White House, who spoke on condition of anonymity, rejected Trump's criticism and noted that Obama had raised the meddling issue directly with Russian President Vladimir Putin.

"The Obama administration's interest in making sure the response was bipartisan wasn't for the sake of being bipartisan. It was necessary because we needed the buy-in from state and local election administrators – many of whom were Republican partisans and/or skeptical of federal government," the official said.

The White House referred any questions about the Russia investigations to Trump's personal lawyer, Marc Kasowitz.

Representatives for Kasowitz did not immediately reply to requests for comment on Trump's latest statement. "With 4 months looking at Russia...they have zero "tapes" of T (Trump) people colluding. There is no collusion & no obstruction. I should be given apology!" Trump said in another Twitter post on Monday.

The Obama administration formally accused Russia in October of a campaign of cyber attacks against Democratic Party organizations ahead of the Nov. 8 election. In December, Obama ordered intelligence agencies to review cyber attacks and foreign intervention in the election and to deliver a report before he left office on Jan. 20.

The intelligence agencies said in January they had concluded that Moscow tried to tilt the election in Trump's favor, including by hacking into senior Democrats' emails and leaking them. Following a weekend Washington Post report about the Obama administration's responses to the Russian matter, the top Democrat on the U.S. House of Representatives Intelligence Committee, Adam Schiff, criticized the Obama administration on Sunday for not taking earlier and tougher action against Russia.