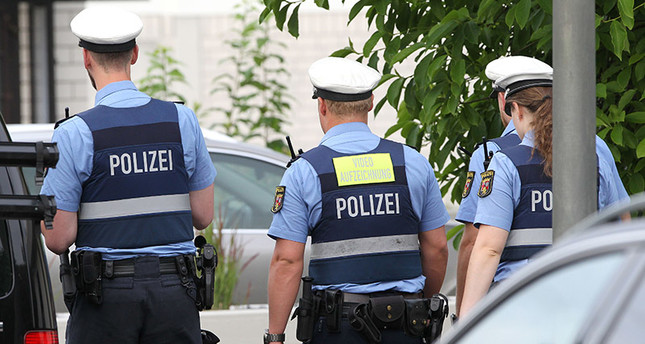 A group of Berlin police officers helping with security ahead of next week's Group of 20 summit in Hamburg has been sent home after some reportedly partied excessively at the barracks where they were staying.

A Hamburg police spokesman confirmed that three units of around 300 officers in total from Berlin had been discharged and would not join the operation to secure the event, where German police are bracing for violence by anti-capitalist protesters.

Mass-selling newspaper Bild published pictures of what it said were members of a police unit in civilian clothing holding up drinks and beer bottles while others smoked shisha pipes at a Hamburg container village where the police were staying.

Bild did not say how it obtained the pictures.

It and other German newspapers also reported that a policeman and a policewoman had sexual intercourse at the party while others urinated on a fence in the container village, which had been used to house asylum seekers.

Bild further reported that another police officer danced on a table outside wearing nothing but a bathrobe with his weapon hanging from his shoulder.

"I can confirm that the leadership of the Hamburg police decided to discharge the colleagues from Berlin because of inappropriate behavior," the police spokesman said.

Berlin police confirmed the embarrassing incident on Twitter, saying: "Our police chiefs were told that our hundred-strong back-up force to Hamburg have been prematurely released from duty.

Berlin's security chief Andreas Geisel voiced alarm over the scandal, warning that "the work of Berlin police can not be hurt by such incidents".

Officers have to be "role models," he said.

The police force of Germany's party capital Berlin is no stranger to controversy.

Others preferred to view the latest scandal with mirth.

Some 20,000 police officers will secure the July 7-8 summit of the G20 leading economies in Germany's second-largest city