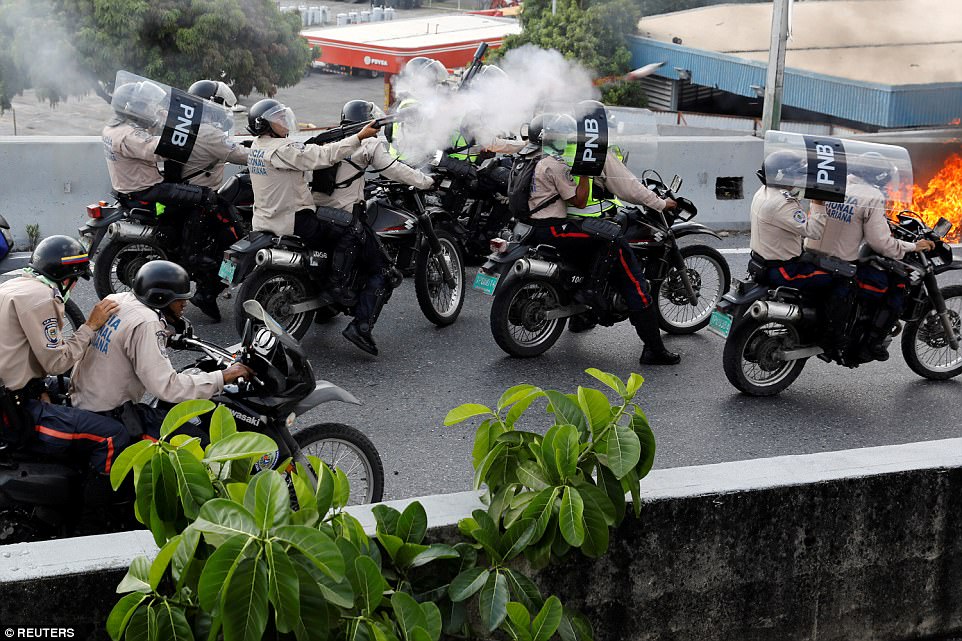 Venezuelan authorities have suppressed a military rebellion near the central city of Valencia, a ruling official said on Sunday, days after President Nicolas Maduro formed a legislative superbody internationally condemned as a power grab.

Socialist Party deputy Diosdado Cabello made the announcement shortly after the release of a video showing a group of men in military uniform announcing a rebellion and calling for a broad uprising against President Nicolas Maduro.

One witness in the area of a military base in the town of Naguanagua reported hearing gunshots before dawn, but Cabello said the situation had been brought under control.

The Defense Ministry did not immediately respond to a request for comment.

On Friday, government allies inaugurated a new legislative superbody that the Venezuelan opposition and leaders around the world denounced as a power grab by Maduro.

In Sunday's video, a man who identified himself as Juan Carlos Caguaripano, a former National Guard captain, said: "We demand the immediate formation of a transition government." He was flanked by about a dozen men in military uniforms.

"This is not a coup d'etat," he said. "This is a civic and military action to re-establish constitutional order. But more than that, it is to save the country from total destruction."

On Saturday, Maduro's new "constituent assembly" removed the chief prosecutor from her post and ordered her to stand trial, confirming opposition fears that it would use its powers to root out critics of the government.