Rouhani: The terrorists likely seek to spread out in region 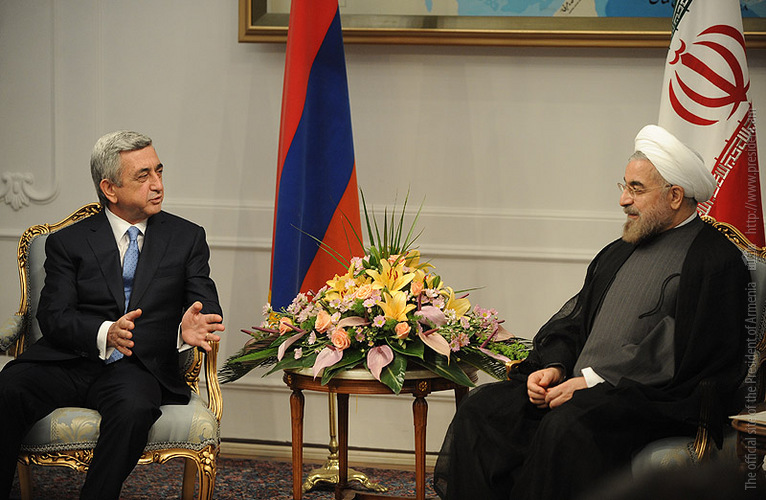 He said all countries must remain vigilant in the face of the spread of terrorism in the region, particularly in the Caucasus and Central Asia.

The Iranian president urged all regional countries to boost close cooperation to counter such a dangerous phenomenon.

He also emphasized that the Islamic Republic seeks to expand relations with its neighboring states, including Armenia, and said Tehran and Yerevan can take positive steps to serve their bilateral and regional interests given their numerous cultural and historical commonalities.

Sargsyan, for his part, said Iran and Armenia have the potential to bolster cooperation in economic, energy, trade and transportation sectors.